NEXT:Jeff Fager Is Leaving CBS News 'Effective Immediately'
PREVIOUS:TVEyes Is Taking Its Fight Against Fox News to the Supreme Court 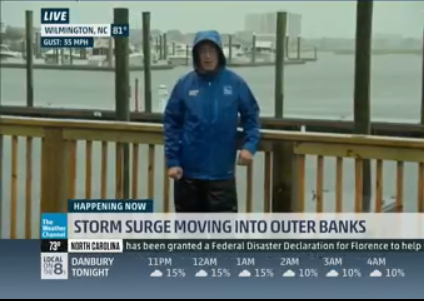 It has been one year since Hurricanes Irma and Maria decimated Puerto Rico, Texas and Florida. The unincorporated U.S. territory continues to feel the horrific effects of Maria, a storm that took the lives of thousands of Puerto Ricans.

Unfortunately, hurricane season is back, and the national news networks are deploying their on-air talent and producers to the Carolinas, Virginia, and Georgia to cover Hurricane Florence, which is set to strike the Atlantic Coast as a Category 4 storm in the coming days.

At 2 p.m. ET Thursday, the storm was centered 110 miles southeast of Wilmington, N.C., moving at 10 mph, and according to the National Hurricane Center, “heavy rainbands with tropical-storm-force winds spreading across the Outer Banks and coastal southeastern North Carolina…life-threatening storm surge and rainfall expected.”

Pres. Trump has already declared states of emergency for North and South Carolina and Virginia, opening the way for federal aid. All three states ordered mass evacuations along the coast.

Here’s how some of the networks are covering Florence:

“This area of the East Coast has not seen a storm like this in a long time and millions of people will have their lives disrupted and face the possibility of catastrophic flooding that could go on for days,” Wendy Fisher, ABC News vp, newsgathering, told TVNewser. “We are deploying extraordinary resources including many teams to cover every angle, including the federal government’s response, and using the latest technology to transmit and tell this important story 24/7 across ABC News.”

CNN will have anchors and correspondents positioned throughout the region and will provide extensive coverage of Hurricane Florence and its after effects.

NBC News and MSNBC correspondents will report from locations across North Carolina, South Carolina, and Virginia as the storm progresses including: 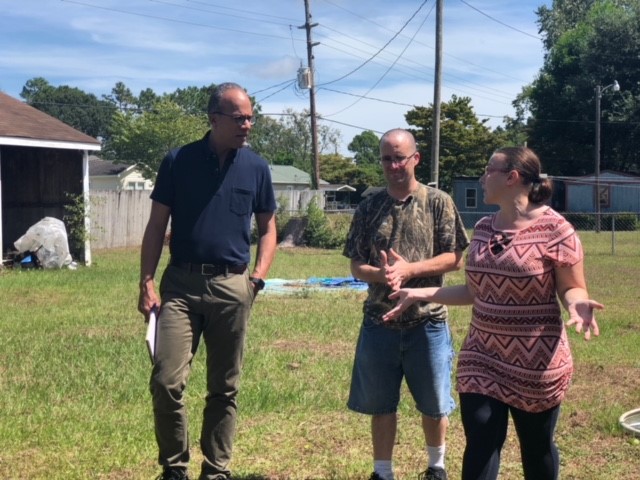 Below are TWC coverage plans for Thursday, Sept. 13 (all ET). 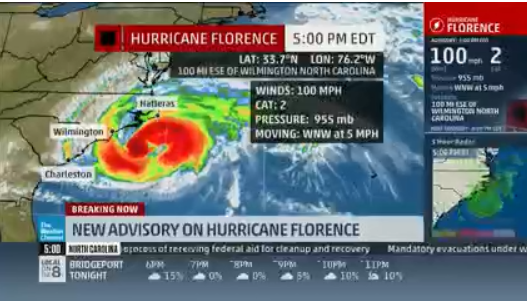 Carolina Rosario will be assigned to work for Univision’s weekly newsmagazine Aqui y Ahora this weekend.