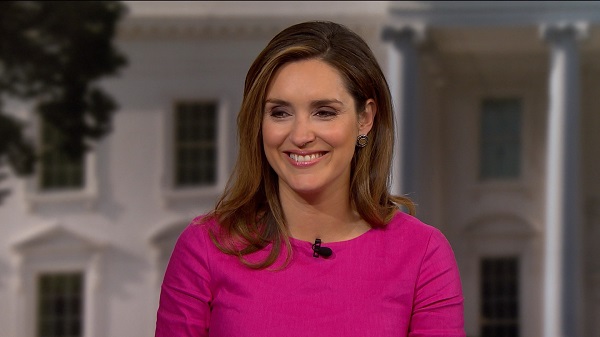 In her new role as Moderator of Face the Nation, Margaret Brennan brings a diversity of reporting experience to the table. From reporting on the stock market at CNBC and Bloomberg, to using her background in Middle East studies as CBS’s senior foreign affairs correspondent, a job which she’ll keep in addition to this new gig.

We spoke with Brennan, 37, only a few hours the announcement was made public. She’s prepared for the new gig, but admits to having a substantial call list of people she’d like advice from.

TVNewser: What do you want to bring to Face the Nation that will allow the program to stand out from the pack?

Brennan: I hope that in the chair I can continue the tradition that Bob Schieffer and John Dickerson have created. I have been lucky enough to be a panelist and fill in for John, and I love that you get to make sure that it’s a good conversation, not an argument, and that it gave perspective, it gave context, and it really helped boil down for people what really matters. I think that in this environment right now, particularly as someone who has been covering a pretty unforgiving, unrelenting news cycle, I want to make sure that this program continues to be the sort of refuge from it, where people can sit down on Sunday morning and say, “OK, this is going to be what’s actually important, not just what’s interesting.” This is not going to be opinion, nor will it be an argument. It will be a conversation, and I think that’s what people are really hungry for these days, and I want that to be what defines us.

TVNewser: These Sunday public affairs show are generally locked to a desk, and somewhat formulaic. Would you like to take the show to other places?

Brennan: I have been a field reporter for some time, as well as an anchor, so I’m certainly not opposed to new ideas. Mary Hager [Face the Nation ep] and I will talk through all sorts of ideas. That said, I’m not looking to change the traditions we have here. I think we will try to be responsive to what’s happening in the news cycle, and what will tell the best story and get us the most important conversation. We’ll be figuring out how to best do that as we really start to craft the show. I think of the program as not being a “Beltway show” per se. As someone who has covered foreign affairs and global markets, I see how inter-connected so many of these things are, and I want to make sure that people are aware of that. We will have a conversation about guns this week because it is really important. But we will also make sure people know what’s happening in Syria this week. We’re not going to forget or knock off those threads.

TVNewser: Talk about those pivots, from cable business news anchor to network foreign affairs correspondent to host of a public affairs show.

Brennan: Each role, each place is different. I’ve tried to make sure, through my career, stories don’t just stay silo’d. I think it started in my 20s coming out of school with a foreign affairs background, before entering the news world. I absolutely, fundamentally believed Americans needed to know what was happening in the world when it came to international news, and couldn’t afford to overlook it. Through the financial crisis, I was at a business network but I thought the message there was supposed to be that Main Street actually needed to know what was happening on Wall Street, and if they don’t, then they’re really at a deficit. In this role, all of those things in the foreign affairs world already impact each other. Economic policy is foreign policy, and certainly now as we’re seeing the Trump administration emphasize time and again both of those things are a big part of domestic policy. And I think that’s the type of way I think about things.

TVNewser: Both of CBS News’s Sunday morning shows are now hosted by women, and you’re the only woman who’s solo anchor of a major Sunday public affairs show (Maria Bartiromo hosts Sunday Morning Futures on Fox News). Give us with your thoughts about the significance of this?

Brennan: Lesley Stahl held this job many years ago. I think she has broken through some of those barriers, as did a few people before her. I look to it as hopefully showing and continuing tradition. But I really think of myself first and foremost as a journalist, and that I will do the best work I possibly can. But it’s really cool to hear you say that! 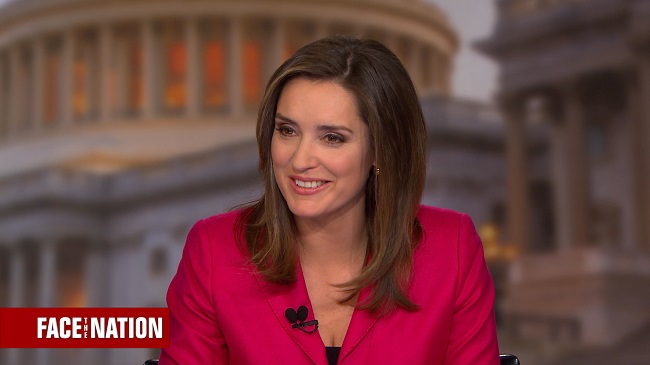 TVNewser: I know it’s early, but who are some folks who have given you advice as you embark on this new journey. What are looking forward to the most?

Brennan: I have a long call list of people who I want to get some advice from, actually! Certainly at the top of the list are John Dickerson and Bob Schieffer. That’s one of the great things about being a journalist is you have this great luxury of being able to pick up the phone and talk to people who have this wealth of experience, and ask them, “What do you know, and what do I need to know?” In this way, hopefully I can use that to do this job even better!

TVNewser: You’re fluent in Arabic. What attracted you to the language and the region, and how has that impacted your reporting over the years?

Brennan: My mom has said that I have liked to watch the news, even since I was little. I was very interested in what was happening in the world, and that translated to my interest areas when it came to academics. I was interested in moments of change, social movements, why people were doing things, and why moments in history took dramatic turns. Certainly, in foreign affairs there are a lot of those opportunities, and I had to pick an interest area, and a focus area at the University of Virginia, and Middle East studies seemed a pretty obvious one for me. At that time, 9/11 happened, and that was one of those moments where I felt people couldn’t afford not to know what was going on. So having that context and background is something that ended up being tremendously useful to me when I came to CBS and started covering the State Department, occasionally the Pentagon, and looking at national security issues. So it ended up being a good use of my undergraduate degree, all coming at a unique time.