NEXT:Monday, June 15 Scoreboard: Tucker Carlson Had the Most-Watched Show in All of Prime-Time TV
PREVIOUS:Harris Faulkner's Questioning of President Trump Receives Praise From a Variety of Journalists

Friday, June 19 is recognized as Juneteenth, the 155-year-old holiday celebrating the emancipation of African Americans from slavery in the U.S.

An increasing number of companies are recognizing this holiday in light of the recent worldwide protests against police brutality and racial injustice. Fox News is permitting its staffers to take some time away from their traditional work schedules and “engage with your communities through volunteerism.”

In a human resources memo obtained by TVNewser, Fox News adds that it’s inviting staffers to support the nonprofit Equal Justice Initiative (EJI), and that through Fox Giving, Fox will double match each staffer’s contributions to EJI of up to $1,000 until Friday. 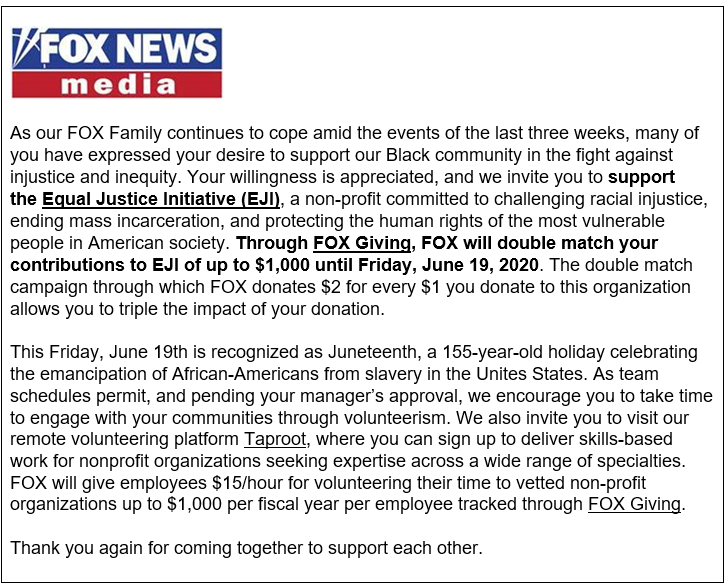