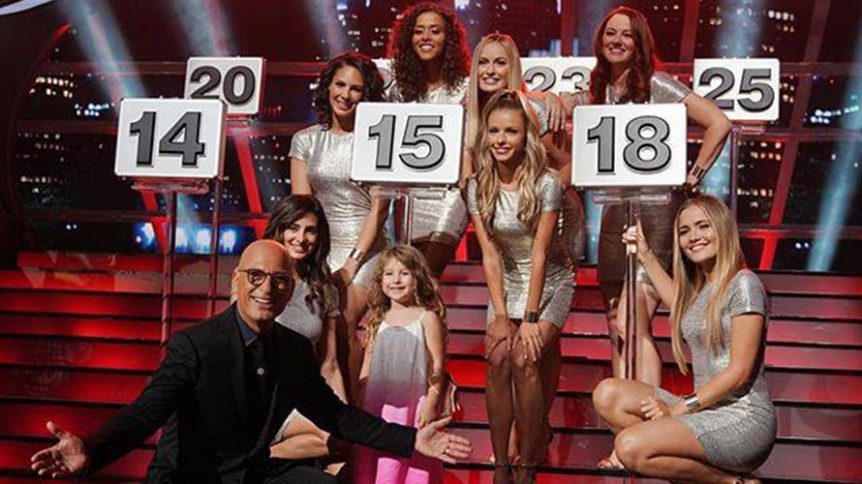 The popular game show – which aired on NBC from 2005 – 2009 – is currently in production at Universal Orlando Resort, and will debut on CNBC Dec. 5. Howie Mandel returns as host, and he was part of yesterday’s panel.

The format for the reboot will remain be similar to the original, with contestants choosing from among 26 briefcases, each containing anything from a penny to $1 million, as the mysterious “Banker” is offering them cash for what might be inside their selected suitcase.

And no, Meghan Markle (now known as Duchess of Sussex) will not return for the reboot as briefcase model No. 24.

But there will be one key difference with the CNBC reboot in that “contestants have the chance to negotiate,” Mandel told the TCA audience. “I can hear a contestant, trying to give me an idea of what they’re going to offer and why, and then she will explain to me very vividly and very easily why or why not this is not going to be a deal. And based on the numbers and based on the risk, it’s kind of like a great class in finance.”

Mandel told the audience that CNBC is an ideal home for the show because the network is about “business” and helping audiences understand, “How can I better my life? … Nothing is going to teach you that like the examples that we set in every episode of this.”

Adweek’s Jason Lynch caught up with Ackerman after the panel, telling Adweek “we were looking for something that would help us cut the line, and clearly by going after a legacy hit, a show that had been a massive hit just in 2009, with so much name value, that had core elements that spoke to what we do in prime, felt like the right move. The question was, were we going to bold enough to make such a big swing?”

Ackerman feels that Deal or No Deal will prove a natural fit in the network’s prime time daypart, which focuses on business entertainment programming, and is joining shows like Shark Tank (which airs in syndication) and The Profit.

“We’re pretty cognizant of the fact that we want co-viewing. We want anyone to watch, but we want parents to be able to watch with their kids,” Ackerman told Adweek. “I feel like the DNA of these shows fit very well.”

Adweek caught up with Mandel on the NBCU upfront red carpet this past May. Here’s what he had to tell us: