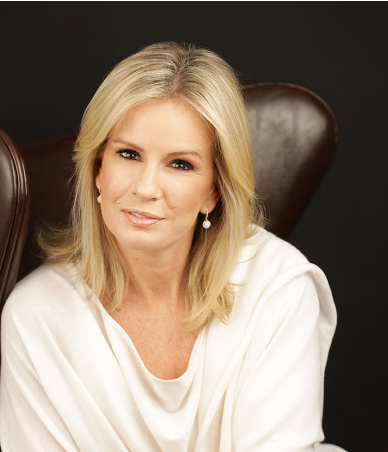 The tone is extremely important as well.

“In a situation like this, where there’s a lot of emotional and psychological fear on the part of the general public, I feel it’s more important than ever to really strike a balance between messaging and communication of information that is solidly right down the middle, and that doesn’t incite fear and panic for the sake of a headline, or ratings, but also doesn’t downplay or diminish the seriousness of what’s going on,” Dr. Ashton told TVNewser on Friday.

ABC News’ lead medical reporter was recently invited to the National Institutes of Health by Dr. Tony Fauci–who you might have seen answering questions during the president’s press conference on Saturday–to get a look at the efforts to come up with a coronavirus vaccine.

Dr. Ashton gave us her take on media coverage of the outbreak, as well as the importance of having people with on-air television experience delivering information to the masses.

This Q&A has been lightly edited and condensed for clarity purposes.

TVNewser: When it comes to coronavirus, how worried should Americans be, and what symptoms should we look for?

Dr. Ashton: Well, the first answer the first question is, I think that there’s a difference between being worried and taking something seriously. I think people should take this virus seriously, because we don’t know a lot about it. And in this case, as in many cases in medicine, I think it’s always really important to say what you don’t know as much as what you do know. But okay. And so I think that people should take this seriously. According to the CDC, we know that it is a virus with a high transmission rate, but a low mortality or fatality rate.

I’ve been very keyed in to what people are saying  in the community and on social media boards about when they hear low mortality rate, and they’re raising kind of good points, even though they don’t understand the statistical analysis or epidemiology behind it. They’re saying things that are true, and that definitely matter, like, “2,000 deaths or 3,000 deaths is significant.” And “If more people are affected, there’ll be more deaths, and significant.” That those things are all true.

What I think the CDC means when they say “low mortality rate” without specifying a number, is that “the numbers” part of this story is very important, but the exact numbers have been very elusive. While we know confirmed cases, we don’t know how many people have been infected, and we don’t know how many people can be or are being tested worldwide. The top public health officials that we speak to on a daily basis, and the top infectious disease experts that we speak to on a regular basis are saying that while right now with the published numbers that exist in the literature, it looks like a 2% mortality rate inside of China. Outside of China, worldwide, and certainly the numbers that we saw come up coming off the Diamond Princess cruise ship, are much, much lower than that. If more people were truly infected and exposed as most people think, that 2% number is going to be significantly lower because the denominator will be so much bigger.

Playing devil’s advocate for a moment: Do you think the media is blowing this out of proportion?

I think some media can definitely be blowing it out of proportion. I’ve been too busy at my own network to pay attention to what other networks are doing. I think that if you go after a scary headline just with the intention of getting a lot of eyeballs on it, you run the risk of missing very important aspects of this story. I think that we’re seeing that with the coverage of this story. I think what most people don’t know is that the communication of vital information like this, and the communication of risk and the level of risk to the general public, is a vital point and a vital category in the response to infectious disease outbreak. So it’s not just what media outlets do, or it’s not just their task of the day, but it’s actually a critical category of the global or local or regional response to an infectious disease outbreak.

Let’s talk about the White House press conference from the other day. If you were in that room, what’s one question you would have asked?

My question would have been directed to Dr. Tony Fauci. The head of the NIAID (National Institute of Allergy and Infectious Diseases), who is one of the leading infectious disease specialists in the world, and has led our country in Ebola, SARS, MERS, H1N1 and the HIV responses, and is very highly qualified to be involved in this response. What I would ask him, and I’ve been in touch with him from day one of this outbreak directly, but what I would have asked in that press conference is: “What have we learned in the past that is informing our response today, and right now?”

A really important part of medicine and science is the debrief, or the post mortem, if you will, how we learn from our past and how it changes how we respond in the future.

Times like these are when medical experts are truly in-demand. What makes an effective on-air medical correspondent?

This is a time where every word matters and language matters, and all possible interpretations of your message need to be almost subconsciously considered before those words cross your lips.

It’s very important, in my opinion, to have people who work in television and media every single day, so that the stress of this situation, meaning a global health emergency, isn’t compounding the stress of an unfamiliar media environment, which for most clinicians it is unfamiliar. They have the stress of the outbreak and the stress of being in a studio, and that usually does not bode well for the most clear and concise communication of this kind of complex information.

The other thing that I think is vitally important is that people who communicate through media every day understand that it’s as important to say what we don’t know as what we do know. I’ve seen time and time again some doctors that don’t do this regularly, they really get excited about having the opportunity for their 15 minutes of fame, and can kind of use that in a way that may seem right in the moment, but then after the fact or even during may not be the most beneficial for for that kind of communication.

I think it’s incredibly important to have people that do this every single day and are used to vetting sources of information, and considering literally every single word every single fact every single statistic before it comes across their lips.