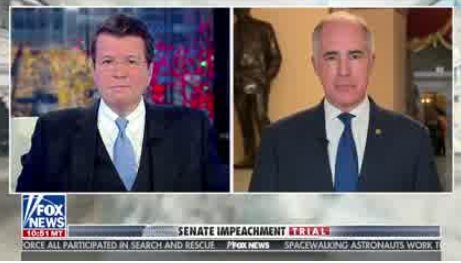 Friday, Jan. 24 was the final opportunity for the House impeachment managers to make their case for the impeachment of Pres. Trump in the U.S. Senate.

Where did Americans turn to consume coverage of the trial?

According to Nielsen live-plus-same-day data (shown below), MSNBC averaged the largest total audience of the cable newsers during Friday coverage, while Fox News Channel was No. 1 in Adults 25-54.

Saturday, Jan. 25 represented the 5th day of the Senate impeachment trial. Pres. Trump’s legal team took to the Senate floor for the first time to argue against the case made by the House impeachment managers for impeachment. Fox News viewers tuned into the coverage, en masse.

With the focus now on Trump’s team, FNC averaged 4.21 million TV viewers and 758,000 A25-54 TV viewers from 10 a.m.-1 p.m. ET, according to Nielsen live-plus-same-day data. Not only was that the largest cable news audience of the day, but it was also Fox News’ largest audience over the 5 days of impeachment trial coverage.

CNN’s TV coverage averaged 1 million total viewers and 227,000 A25-54 viewers. That represents the network’s largest total audience since day 2 coverage, but the smallest A25-54 audience of its trial coverage to-date. MSNBC earned 1.37 million total TV viewers, and 289,000 A25-54 TV viewers. That’s its smallest total audience of the proceedings to-date, but the largest A25-54 audience since opening day.

Co-anchored by Special Report’s Bret Baier, The Story’s Martha MacCallum (Tuesday-Friday) and Cavuto on Saturday, FNC has averaged 2.38 million total TV viewers and 418,000 in the A25-54 demo from the opening day of the Senate trial (Tuesday, Jan. 21) – the 5th day of the trial (Saturday. Jan. 25).

Fox News and CNN had been relatively close in the A25-54 demo over the first few days of trial coverage. That’s not the case anymore, particularly after these day 5 results.

It’s worth remembering streaming viewing figures are not included in these charts, and it’s very likely that many Americans have been watching the trial on computers or other devices. Additionally, the figures do not include Americans who were watching on non-Nielsen-rated networks like PBS or C-SPAN.

The president’s lawyers have a total of 24 hours over 3 days to persuade senators that the articles of impeachment charged — abuse of power and obstruction of Congress — do not amount to impeachable offenses.

Day 6 of the Senate impeachment trial is taking place at this moment.