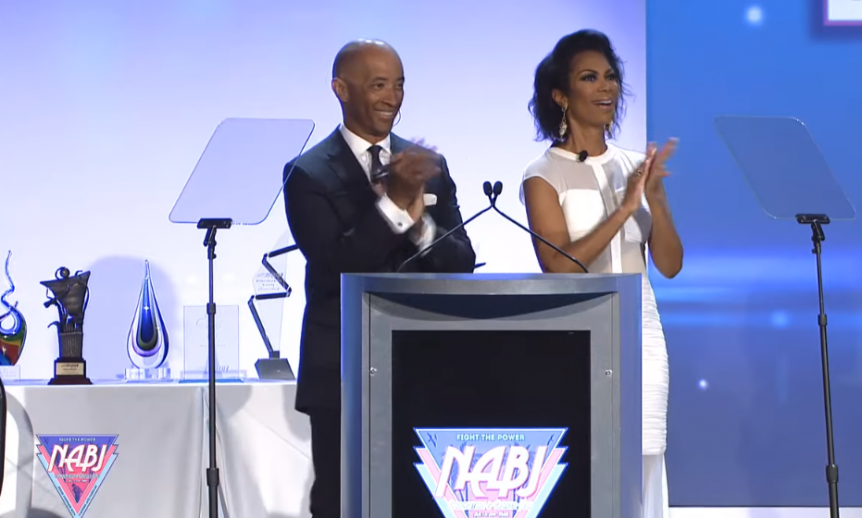 “It was a joy to co-host the ‘Salute to Excellence Awards’ with my friend and mentor, Byron Pitts!,” Faulkner told TVNewser the morning after. “He and I sprinkled in our seasoned messages for the young writers, reporters, anchors and producers.” 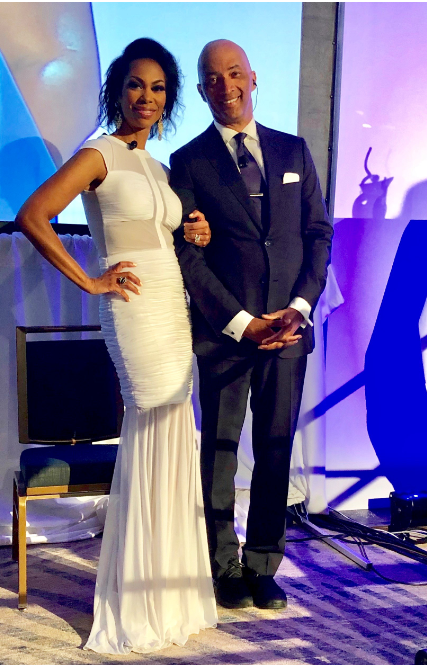 Faulkner opened the ceremony: “Good evening fellow journalists in the room. Tonight we honor those at the pinnacle of our profession, from television to print to digital media and beyond. This night is all about you.”

Pitts added: “The theme of this year’s convention is: ‘Fight the power. Press forward with passion and purpose.'”

Faulkner and Pitts are both longtime advocates for African American journalists and also happened to be two of the many TV newsers  who spoke with Adweek back in February about past challenges and what the future holds for journalists of color.

Faulkner closed this year’s NABJ awards ceremony with advice for the rising generation of journalists: “Just a quick word about millennials because I’ve been studying this group. By 2020, it’s projected that millennials will be the largest generation our nation has ever known. You are our hope, so from the legacy for those who came before us and those who keep the march with us right now.”

“We need you guys to break open doors, and get to the top of organizations so that the hiring, Oprah style, can go on. Because without that the only faces likes ours you’ll see are maybe a few sprinklings on TV,” said Faulkner. “But the goal is to get to the top so that we can change from there and to hire the best and the brightest among us. So we are counting on you ‘biggest and best generation.”

This year’s awards ceremony was sponsored by FedEx.

*We will update this item when the list of winners is released.