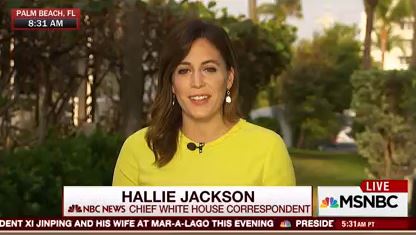 “Couldn’t be a busier time to be in this role,” Jackson said on Morning Joe this morning.

Jackson is part of a White House team that also includes Peter Alexander and Kristen Welker, as well as Kelly O’Donnell, who also cover Capitol Hill, and Chris Jansing, who is winding down her role as Senior White House correspondent during the Obama administration, and who also anchors and reports for MSNBC. Lately, the network has been positioning two correspondents in the daily Sean Spicer White House briefings.