A number of court documents pertaining to the case of former Trump campaign chairman Paul Manafort were unsealed by the government today, and they include 55 pages of text messages between Manafort and someone who appears to be Sean Hannity.

Per below, the two messaged each other off and on from July 2017 to June 2018. They communicate about media coverage of Manafort’s case, and attacks on the Mueller investigation when the former Trump campaign chairman had his home raided by the FBI, and was eventually arrested.

Manafort is serving seven and a half years in federal prison on charges related to his foreign lobbying efforts as part of former special counsel Mueller’s investigation into Russian interference in the 2016 election. He’s currently being held in a federal prison in Pennsylvania. 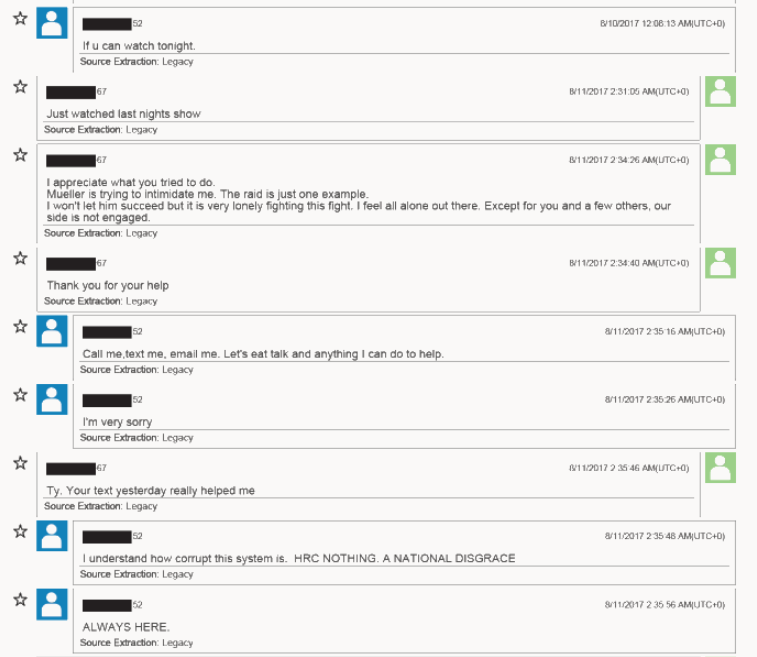 As for Hannity, his frequent personal contact with Manafort about his coverage, while obviously not illegal, was not disclosed to viewers. This presents a problem.

Various TV newsers are discussed in some of the texts:

Jeanine Pirro and Geraldo are brought up on Aug. 11, 2017. Hannity remarks that Pirro is smart and has great attorneys. He also says he personally has a staff “just to fight back firing and boycotts.”

On Oct. 25, 2017, Manafort says Hannity is “on fire tonight,” and Hannity then suggests Manafort come onto the program with his attorney. 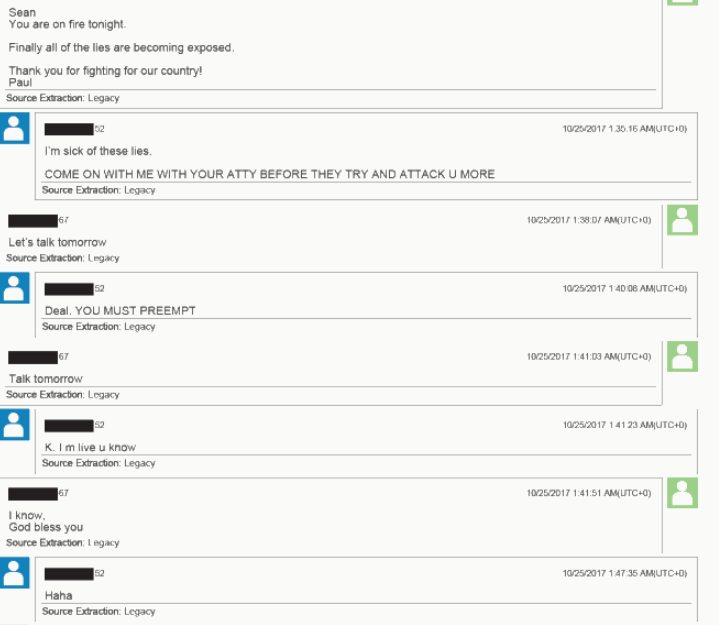 Fast forward to January 2018, and Hannity continues to ask Manafort to come on the program with his attorney. He also refers to Fox News’ Gregg Jarrett as the “Greatest legal researcher ever.” 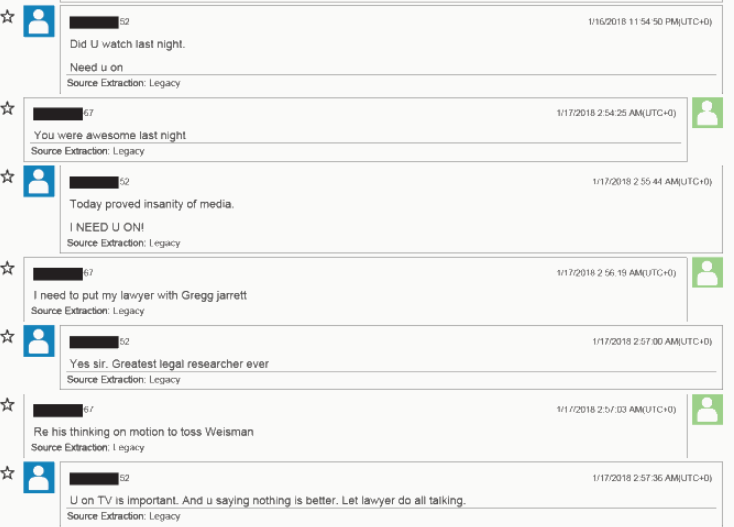 In a text to Hannity a week later, Manafort says “in a fair world, you would get a Pulitzer for your incredible reporting.” Hannity responds: “LOL. I’ll take those assholes going to jail.”

Manafort asks Hannity to consider tweeting out a legal defense fund link. Hannity’s response: “Paul, it may be problematic with Fox. I need to get the OK. Hope u understand”

He also tells Manafort: “The left may win and get me fired at some point. But I don’t give a shit. I’ll get 2 Dixie cups and talk to myself.”

We have reached out to Fox News for comment on this development, and will update this item once we receive a response.

*UPDATE: We have been referred to this tweet from Hannity:

My view of the Special Counsel investigation and the treatment of Paul Manafort were made clear every day to anyone who listens to my radio show or watches my TV show.