NEXT:Tucker Carlson's Remarks on Immigration Influence Pacific Life to Suspend Advertising on His Show
PREVIOUS:Whoopi Goldberg and Elisabeth Hasselbeck Declined to Be Interviewed for a Book About The View 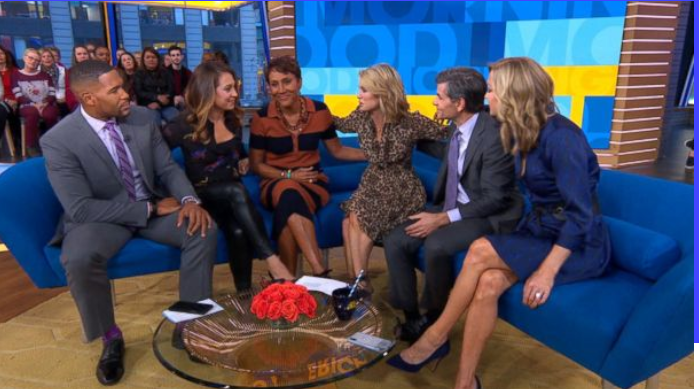 Good Morning America produced its 2018 year end video, looking back at the most impactful news and fun moments from what was a wild year.

On the hard news side, they showed reporting on mass shootings that transpired this year, from Parkland High, and the synagogue in Pittsburgh, to the Tennessee Waffle House. Footage of political news reporting, including March for Our Lives, the landmark Trump-Kim Jong Un summit, the U.S.-Mexico border crisis, the Judge Brett Kavanaugh hearings, the 2018 midterm elections, the firing of then-Attorney General Jeff Sessions. Stories of weather, including the hurricanes in the southeast, and the California wildfires. There was an In Memoriam portion, which included the late George H.W. and Barbara Bush, as well as the late Sen. John McCain, Anthony Bourdain, Stan Lee, Aretha Franklin, and more.

And because it is GMA, there was a look back at some of the most heartwarming and fun moments the hosts shared with their live audience and viewers at home in 2018.