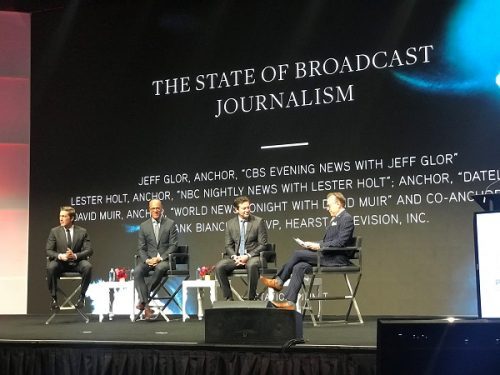 This was the first time that Glor, Holt and Muir participated in a panel together, which was moderated by Hearst TV evp Frank Biancuzzo and  focused on the state of broadcast journalism. 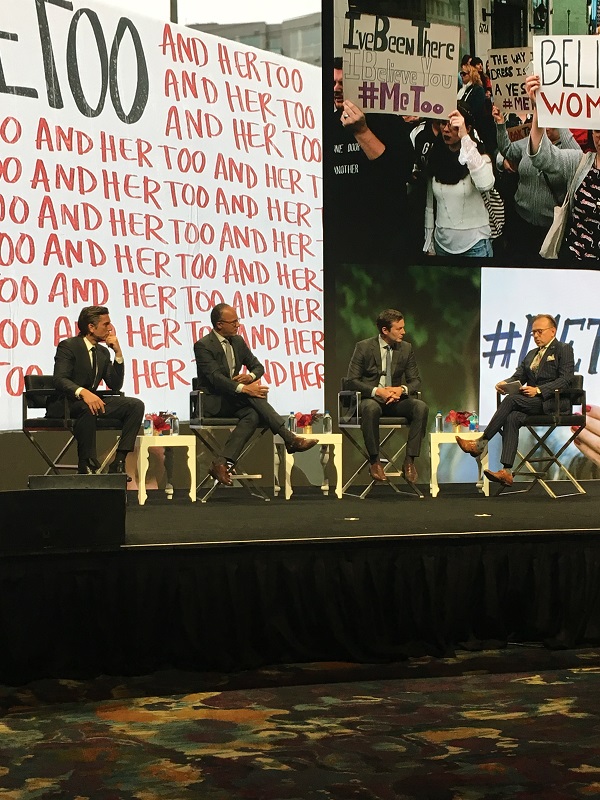 Glor, who joined the evening news fray last December, discussed anchoring his broadcast from the field, and said it’s important to go where the news is and to add value to the audience. Glor talked about the mission of the CBS Evening News and making sure it is a concise digest of the day and provides valuable context beyond the headlines. He also talked about the media as a punching bag in a time of Trump.

“This is not the first time the press has been criticized and it won’t be last,” Glor said. “If you have an agenda, you don’t belong in this business.” 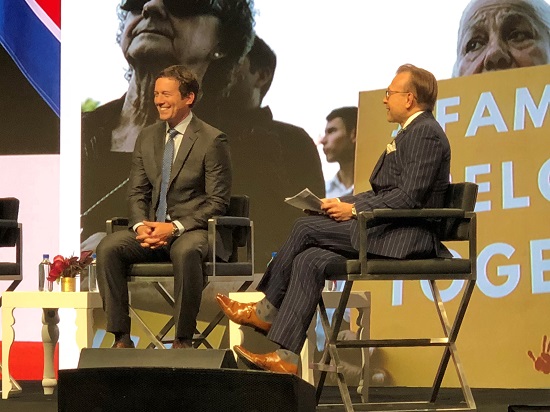 Holt, the elder statesman of the trio, was asked why evening newscasts are still valuable to viewers.

“Most of you when you tune us in tonight, you already know … the major headlines. You’ve got them on your phone, you saw them on the back of a taxi, so it’s about original content. When I’m doing the news, I’ve got monitors there, I can see what you guys are doing and a lot of times we’re matching story to story, but where we distinguish ourselves is original content and at NBC News, we have put an enormous amount of resources on beefing up our investigative unit, our health, our consumer, science [and] coverage of social media and digital issues. Those are the stories that are going to differentiate us. It’s that added value that makes the difference. That’s what distinguishes the three broadcasts, what we bring to the table that’s not necessarily on your phone.”

He also talked about the speed of the current news cycle, and how it’s often difficult to keep up.

“We’re not shocked anymore as a country, there are stories that we’ll all run to because they’re enormous and within two days no one’s talking about them anymore because we are just at a point now that shock happens on a daily basis, and that’s one of the challenges of what we do is to remind people that no, we’ve got to keep talking about this, this is an important topic. Parkland was unique in that it kept the nation’s attention because of the activism of the students. But we’re not talking about what happened in Santa Fe, Texas, just a few weeks ago. We’re not even talking about what happened just down the street here less than a year ago.” 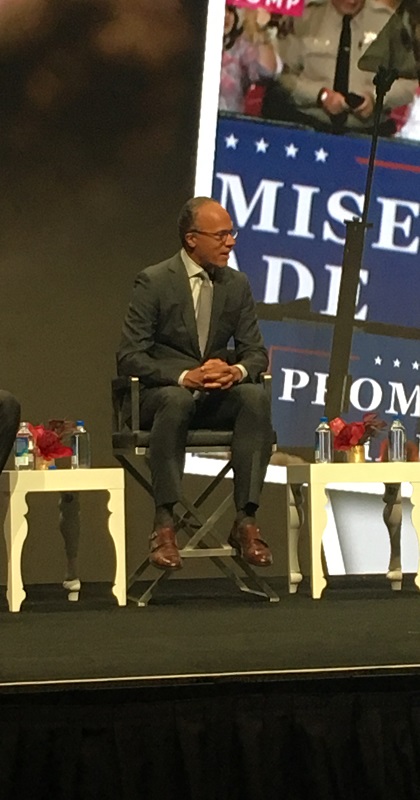 Muir, whose newscast is No. 1 right now, spoke about the influence female TV journalists like ABC Newsers Diane Sawyer and Barbara Walters have had on the industry. “I don’t think these women are trailblazers just for women, I think it’s really important to let these women know that they’ve had an impact on us men.”

Muir also pointed out that Sawyer was not part of the photo collage behind them (seen below). 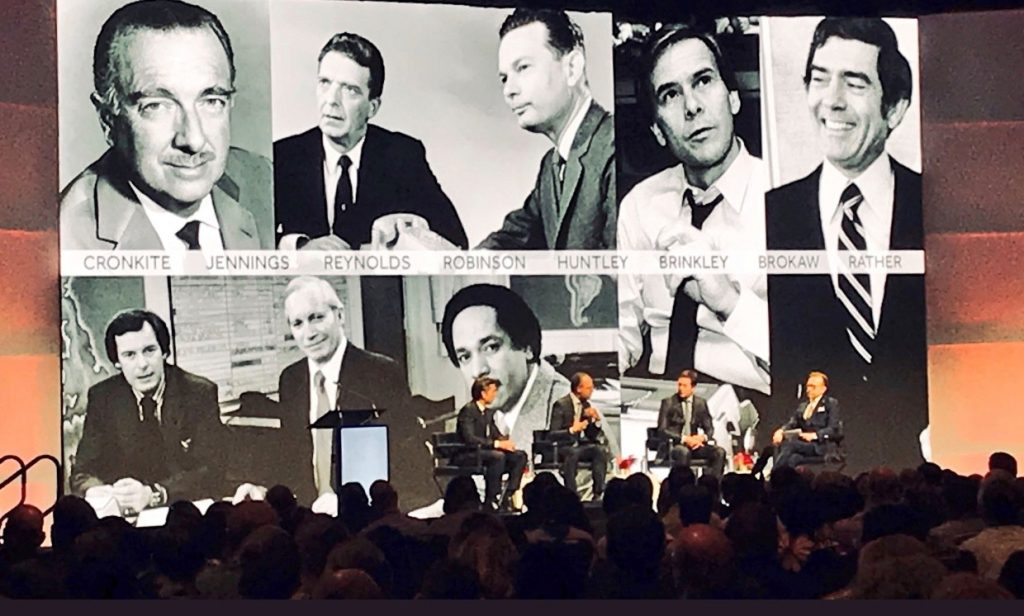