NEXT:Billy Bush: Everyone at NBC Had to Stroke Trump's Ego, 'From Billy Bush On Up to the Top Brass'
PREVIOUS:Jeff Fager Takes Viewers Behind the Scenes of 60 Minutes 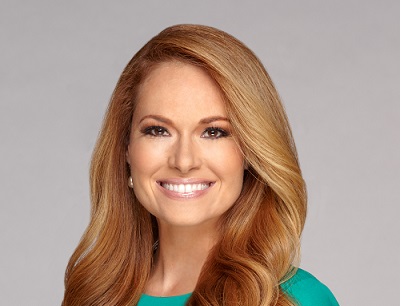 Fox News is upping a familiar face from contributor to full-time correspondent. The network announced today that Gillian Turner has been named a full-time news correspondent based in Fox News’s DC bureau.

“Gillian’s experience in working across both television and politics has given her an extensive understanding of the news cycle,” president of news Jay Wallace said in a statement. “We are confident she will make a great addition to our news division, covering essential stories in the field.”

Turner, who worked at the White House National Security Council during the George W. Bush and Barack Obama administrations, joined FNC as a contributor in 2014 and has appeared on a wide variety of Fox News programs, including Fox News Sunday, America’s Newsroom, Outnumbered, MediaBuzz, Tucker Carlson Tonight, Fox & Friends and The Five.

Turner added, “I am delighted to be joining FNC’s news division full-time. The three years I’ve spent as a contributor with the network, analyzing and commenting on U.S. foreign policy and national security, have been among the greatest of my professional career. I look forward to connecting with the Fox News audience in this new role.”

During her time as a contributor, she served as a columnist for The Hill and was vice president with Jones Group International, a global strategy firm, where she worked directly with former national security adviser Jim Jones.