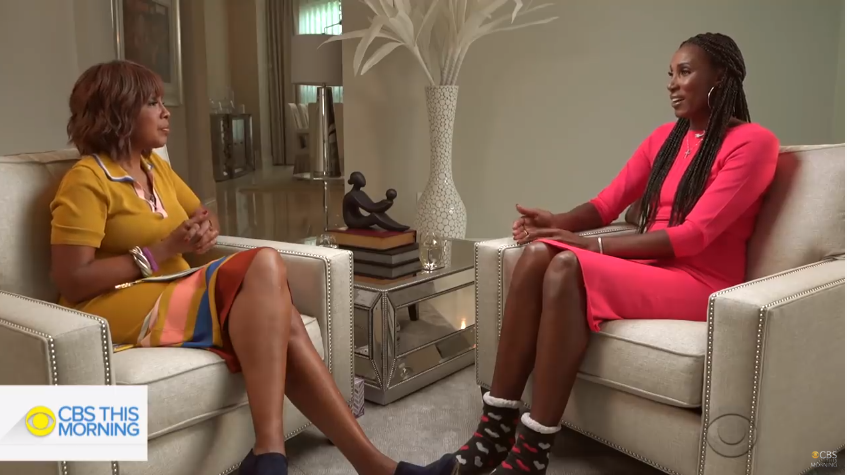 UPDATE: At 3 p.m. ET, a CBS News spokesperson provided us with the following statement:

“Gayle conducted a thoughtful, wide-ranging interview with Lisa Leslie about the legacy of Kobe Bryant. An excerpt was posted that did not reflect the nature and tone of the full interview.  We are addressing the internal process that led to this and changes have already been made.”

The face of CBS News is not happy with her employer right now.

CBS This Morning co-host Gayle King tweeted out a series of videos earlier this morning, and said she was “mortified” and “very angry” at CBS for posting what she deems was a “salacious” clip of what really was a wide-ranging interview with WNBA legend Lisa Leslie about the late Kobe Bryant.

She feels her questioning about Bryant’s 2003 sexual assault case had been taken out of context.

Fast forward to 3:15 in to see the portion of the interview in question:

One critic of her interview with Leslie over the sexual assault case was Snoop Dogg: “Gayle King, out of pocket for that shit,” he fumed in a furious Instagram video, adding: “Why y’all attacking us? We yo’ people. You ain’t coming after fucking Harvey Weinstein asking them dumb-ass questions. I get sick of y’all. I wanna call you one. Is it OK if I call her one? Funky dog-haired bitch! How dare you try to torch my motherfucking homeboy’s reputation. Punk motherfucker! Respect the family and back off, bitch, before we come get you.”

The CBS This Morning co-host said she never expected her network to post the clip, and didn’t explicitly name anyone working on her show, CBS This Morning; no one from the publicity or its social media teams.

The CBS This Morning co-host went on to say that Leslie gave King positive feedback after the interview aired.

CBS News has yet to respond to a request for comment.