NEXT:Megyn Kelly on Sexual Harassment Investigations: 'Women Outside and Inside of the Company Often Prefer to Have Independent Investigation'
PREVIOUS:ABC Ups Digital News Executive Colby Smith 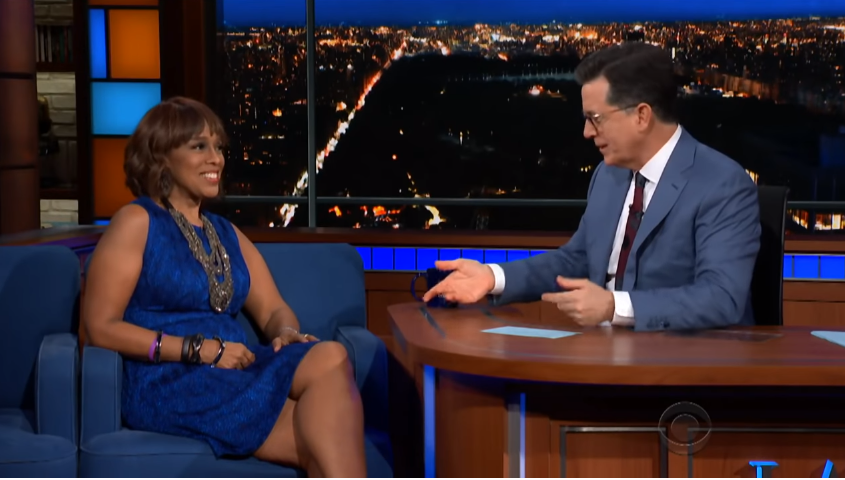 Some might not be aware, but CBS This Morning co-host Gayle King grew up in Turkey, and she recalled a funny, fictional story from her childhood there during an appearance last night on The Late Show with Stephen Colbert.

And it has to do with Martin Luther King Jr.

King’s CBS This Morning co-host John Dickerson came up in conversation. Colbert is also friends with Dickerson, referred to him as a “choir boy” because of his blue eyes and blond hair. “See you call him a ‘choir boy,’ Stephen, but John Dickerson is a little mischievous and likes to play,” quipped King. Colbert disclosed that Dickerson “likes a cocktail,” and King said she is aware that he and Colbert have had some “libations” together.

“He has been great, and I think he has been a really nice addition to us,” said King.

King and Colbert also discussed the network’s upcoming Royal Wedding coverage, featuring American Meghan Markle, and “grown ass man” Prince Harry (King’s words), as well as King’s new book Note to Self, which she said is based on a popular CBS This Morning segment.