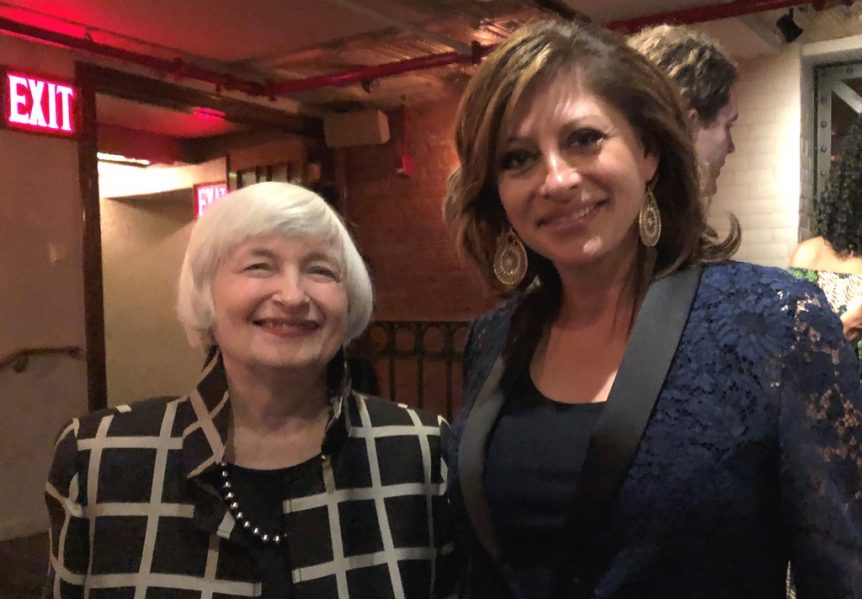 Bartiromo and Yellen both grew up in the Brooklyn neighborhood of Bay Ridge.

Tuesday’s event was held at the Weylin, an event space in the Williamsburg neighborhood of the NYC borough.

“I always love going back to Brooklyn but this time I was so happy to join the Brooklyn Public Library and Dr. Yellen to celebrate Janet Yellen’s success,” Bartiromo told TVNewser. “I am so grateful for my upbringing in Brooklyn and was happy to learn Dr. Yellen grew up just a few blocks away from me. She’s proof that a kid from Brooklyn with the right resources and hard work can rise to the highest seats of power.”