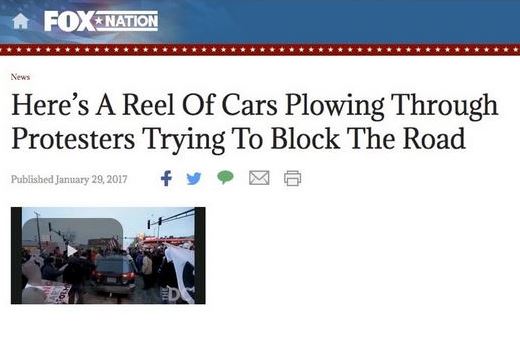 Fox News has removed a story on FoxNation, a right-leaning opinion section of FoxNews.com, that showed a collection of videos of cars driving through protesters.

“Study the technique; it may prove useful in the next four years,” the story reads.

“The item was inappropriate and we’ve taken it down,” said Fox News Digital editor in chief Noah Kotch. “We regret posting it in January.”

The story, which was originally posted on DailyCaller.com in January, began picking up steam on social media today. Following the murder by car of Heather Heyer on Saturday in Charlottesville, VA critics blasted both Fox News and Daily Caller for publishing it in the first place, and leaving it up for nearly 7 months. 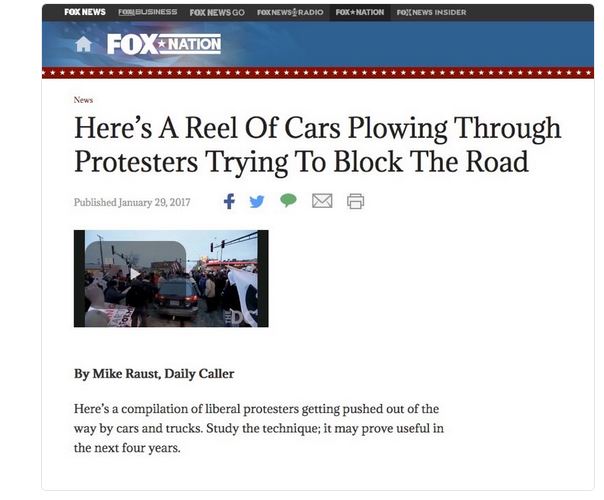