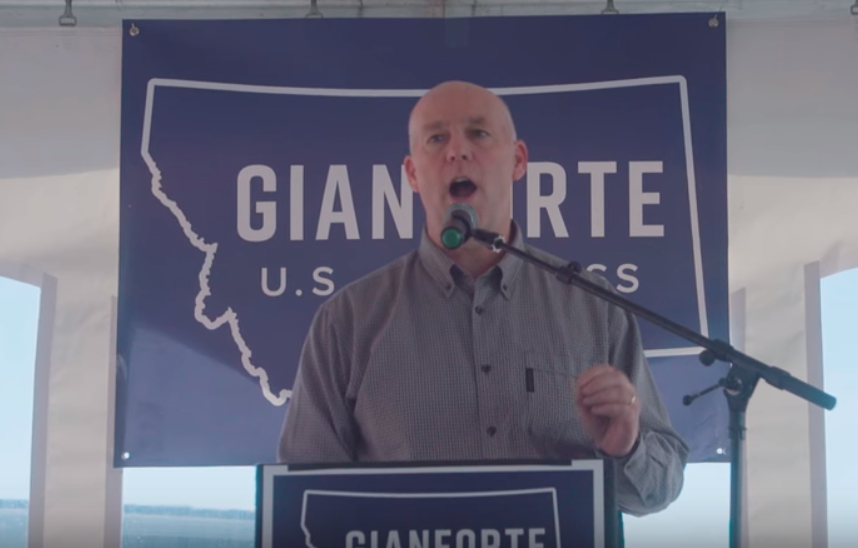 Well, this is a rather sad story. Longtime Fox News reporter Alicia Acuna and her production team are in Bozeman, Montana to cover the special election contest to fill Montana’s sole Congressional seat. They were probably expecting to see some passion over the next 48 hours. They probably didn’t expect to see violence.

In a story on FoxNews.com, Acuna writes that she and her team witnessed the state’s GOP House candidate Greg Gianforte body slam The Guardian’s Ben Jacobs into the ground at the Gianforte for Congress Bozeman Headquarters earlier this evening.

Greg Gianforte just body slammed me and broke my glasses

Acuna and her team were on-site prepping for a story to air tomorrow on Special Report with Bret Baier. She had arranged interviews with Democratic candidate Rob Quist and Gianforte in advance of tomorrow’s election.

According to Acuna, she and her team were making small talk with Gianforte when Jacobs walked into the room with a voice recorder, put it up to Gianforte’s face and began asking if him if he had a response to the CBO report on the American Health Care Act. Gianforte told him he would get to him later. Jacobs kept going, and Gianforte told him to talk to his spokesman, Shane Scanlon.

Then, it got ugly. Acuna writes:

At that point, Gianforte grabbed Jacobs by the neck with both hands and slammed him into the ground behind him. Faith, Keith and I watched in disbelief as Gianforte then began punching the man, as he moved on top the reporter and began yelling something to the effect of “I’m sick and tired of this!”

Jacobs scrambled to his knees and said something about his glasses being broken. He asked Faith, Keith and myself for our names. In shock, we did not answer. He then said he wanted the police called and went to leave. Gianforte looked at the three of us and repeatedly apologized. At that point, I told him and Scanlon, who was now present, that we needed a moment. The men then left.

Acuna, who has been a reporter for Fox News since 1997 and is based in the network’s Denver bureau, said that neither she nor anyone on her team see Jacobs assault Gianforte, or show any type of physical aggression towards the congressional candidate at any point. She and her team are cooperating with the local authorities.

This wasn’t the first encounter between the two men. Last month, Jacobs reported that Gianforte owns about $250,000 in shares in two index funds that have investments in Russian companies that are under U.S. sanctions.

Here’s Acuna speaking to America’s Newsroom host Shannon Bream this morning about what she saw: