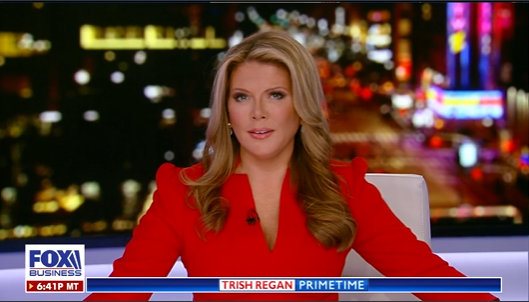 President Trump criticized Neil Cavuto yesterday during a rally in Colorado, Trump, as a host of several “loser shows” on FNC. Trump was upsetwith Cavuto because of a comment made by one of his guests on Thursday afternoon. During a segment analyzing Wednesday night A.B. Stoddard of RealClearPolitics called Trump’s 2016 debate performances “disastrous.”

Cavuto has also been critical of Trump’s behavior on more than one occasion during his presidency.

More than one of Cavuto’s Fox News colleagues came to his defense last night amid the verbal attacks.

“[Cavuto] is someone who started this network, Fox Business, and someone who is the utmost journalist and always fair,” FBN host Trish Regan said on her 8 p.m. FBN show. “I can tell you that about Neil. He is a fair person, a fair guy, and a good man.”

Regan added: “So I’m disappointed that the president said those things. Because Neil Cavuto is one guy who just doesn’t deserve it.”

Fox News anchor Ed Henry and Richard Fowler, a Fox News contributor, also came to Cavuto’s defense. Fowler, a progressive, was critical of the president’s behavior on stage, and in general.

Commenting on the rally, Fowler said: “He spent the past 30 or so minutes trashing one of our colleagues Neil Cavuto for no reason in particular; and this speaks to the problem with this presidency. He can run on the good economy and I’ll give him points for that, but to sit on this air and to trash a good journalist…it speaks to the problem that we have. You can’t tell our kids not to bully, we can’t tell our kids to be nice to our neighbors…”

Henry wasn’t explicitly critical of Trump, but he did stand up for his FNC colleague.

Trump went on to show love for the Fox Newsers he likes, including Sean Hannity (“great”), Brian Kilmeade (“gotten much better”), and Lou Dobbs (also “great”).

So @TeamCavuto has very bad ratings on @foxnews with his Fake guests like A.B.Stoddard and others that still haven’t figured it all out. Will he get the same treatment as his friend Shepherd Smith, who also suffered from the ratings drought?

While Cavuto’s show is far from the most-watched on the network, his ratings aren’t exactly “bad.” Your World is still No. 1 on all of cable news in the 4 p.m. time slot, year to-date.

Ever the entertainment buff, POTUS also went off on the Oscar-winning film Parasite, with his biggest complaint being that the movie was made in South Korea.

Parasite was named best picture earlier this month, becoming the first non-English-language film to get the Academy’s top honor.

“What the hell was that all about?” Trump said during the rally. “We’ve got enough problems with South Korea with trade. On top of that, they give them best movie of the year. Was it good? I don’t know.”

Neon, the U.S. distributor for the movie, responded on Twitter: “Understandable. He can’t read.”