NEXT:An Explosion Near Vehicle Carrying an NBC News Crew in Syria Leaves the Driver Dead
PREVIOUS:Norah O'Donnell: 'I’m Down an Organ, but Learned Some Valuable Lessons This Week' 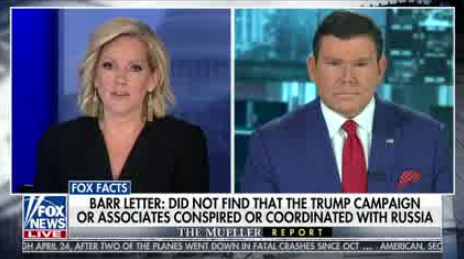 Americans flocked to cable and broadcast news just after 5 p.m. ET when it was announced that Special counsel Robert Mueller had submitted his report to U.S. attorney general Bill Barr concerning potential Russian efforts to interfere with the 2016 presidential campaign and whether President Trump or his campaign team was involved with any election meddling.

Out of the cable newsers, Fox News was easily the most popular destination for coverage of the breaking news on Friday.

Fast forward to Sunday – Attorney General Bill Barr released a four-page summary stating that after a 22 month investigation, Special Counsel Robert Mueller did not find any collusion between the Trump campaign and Russia in regard to potential meddling in the 2016 presidential election.

Broadcast and cable news Nielsen ratings for Sunday afternoon coverage of Barr’s announcement will likely be released either this evening or Tuesday morning.