NEXT:The Building Which Houses Fox's Washington Bureau Had an Electrical Fire This Morning
PREVIOUS:30 Most Impactful TV Newsers of the Past 15 Years: José Díaz-Balart 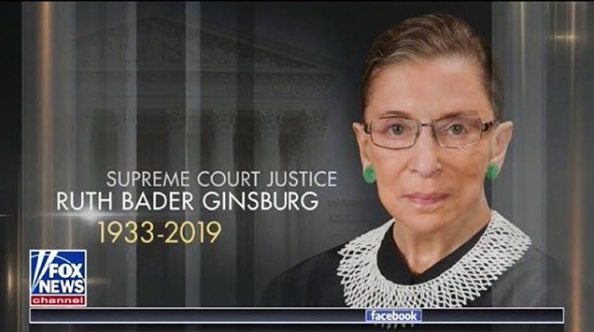 The graphics team at Fox & Friends seemed jump the gun a bit this morning. As you can see, they accidentally showed, but thankfully quickly cut out of a memorial graphic for Supreme Court Justice Ruth Bader Ginsburg.

The graphic flashed on screen for a few moments before cutting to Ainsley Earhardt’s interview with a college professor about campus culture.

Justice Ginsburg is, in fact, still alive, as far as everyone knows.

The action took place a few minutes before 8 a.m. ET.

The hosts addressed what they referred to as a “technical error” minutes later, shortly after 8 a.m. ET:

Doocy: We need to apologize. A technical error in the control room triggered a graphic of Ruth Bader Ginsburg with a date on it. We don’t want to make it seem anything other than ― that was a mistake. That was an accident. We believe she is still at home recovering from surgery. Big mistake.

“This was a technical error that emanated from the graphics team,” a Fox News spokesperson told TVNewser.

The Supreme Court announced Jan. 11 that Ginsburg’s recovery is “on track.”