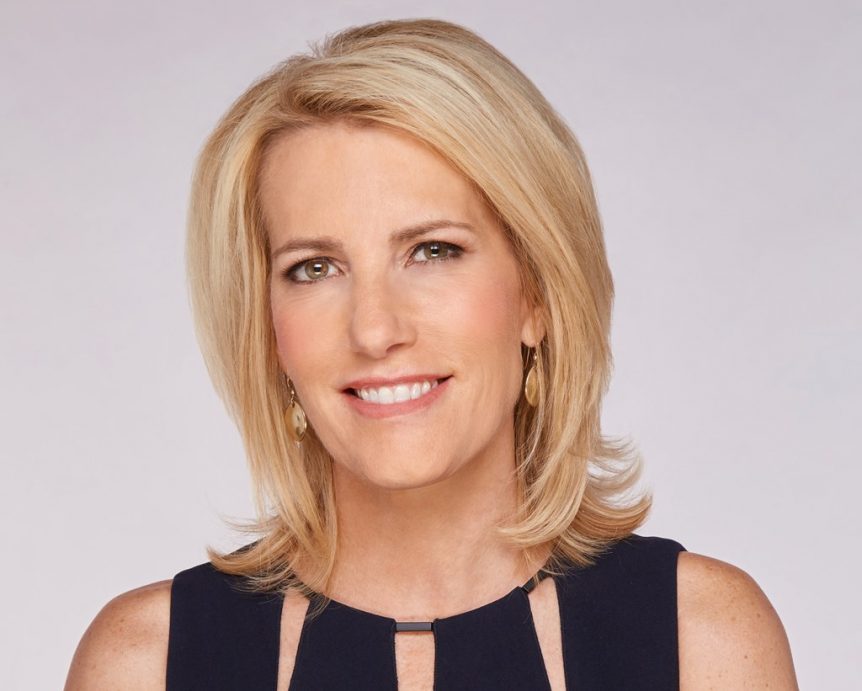 “We cannot and will not allow voices to be censored by agenda-driven intimidation efforts,” Jack Abernethy, co-president of Fox News, told the LA Times‘ Stephen Battaglio. “We look forward to having Laura Ingraham back hosting her program next Monday when she returns from spring vacation with her children.”

Ingraham is on a pre-scheduled vacation this week.

Kantar Media assessed the advertising time during Ingraham’s show, both before the call for a boycott and after.

By the end of last week, 11 brands had pulled advertising from Ingraham’s show. Since then Bayer, Liberty Mutual, and Entertainment Studios have also pulled out.

Meanwhile, the YouGov Brand Index has found that the brands that have ceased advertising on the show have remained relatively unscathed. More troubling for Fox, however, beyond the loss of ad revenue, is that its own brand is taking a hit. Fox News Channel’s Buzz score, according to YouGov’s methodology, fell in the days following the advertiser announcements, with more consumers hearing negative things than positive: 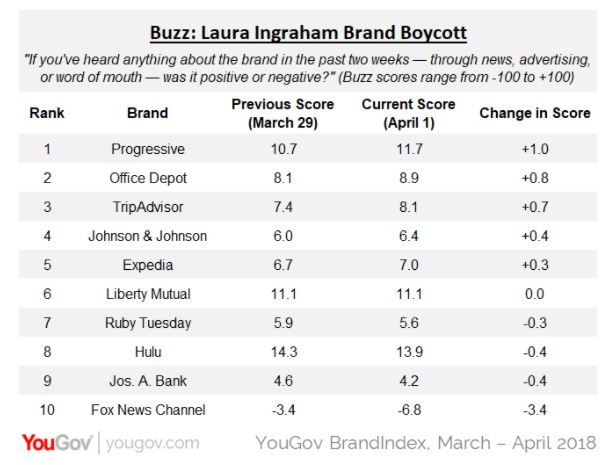