NEXT:Scoreboard: Sunday, March 4
PREVIOUS:Erin Burnett to Sam Nunberg: 'Is This A Hit Job or Is Something Wrong?' 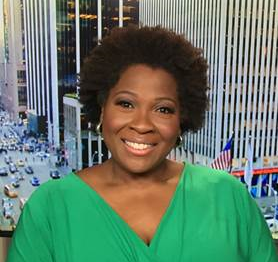 The network announced today that it has re-signed Greene as a contributor, and she will continue to offer analysis into issues of social justice and politics across Fox News and Fox Business programming.

“Since joining Fox News nearly eight years ago, Jehmu has built a strong relationship with our viewers and we value her insight across all of our programming,” added Fox News programming president Suzanne Scott.

Greene joined FNC in November 2010 as a contributor and regularly appears on programming across the FNC and FBN networks, including Kennedy, Fox & Friends, Outnumbered Overtime and America’s News HQ. Prior to joining the network, Greene was appointed by former Sec. of State Hillary Clinton to serve on the U.S. National Commission for United Nations Educational, Scientific, and Cultural Organization (UNESCO).

Greene began her career working in local Texas politics. Since then, she has worked on more than 20 political campaigns at the local, state and national level, and served as an adviser and national surrogate for Clinton’s 2008 presidential campaign.

Greene was also served as the first African-American president of the Rock the Vote organization from 2000-2005, and has been recognized by Essence Magazine for being both one of the 40 Women under 40 Shaping the World and one of the 35 Most Beautiful and Remarkable Women in the World.