NEXT:All 4 Moderators for the MSNBC-Washington Post Democratic Primary Debate Are Women
PREVIOUS:Late Night's Seth Meyers on Comedy in the Trump Era: 'If You're Gonna Make Jokes About the News, You Have to Get the News Right, Especially Now' 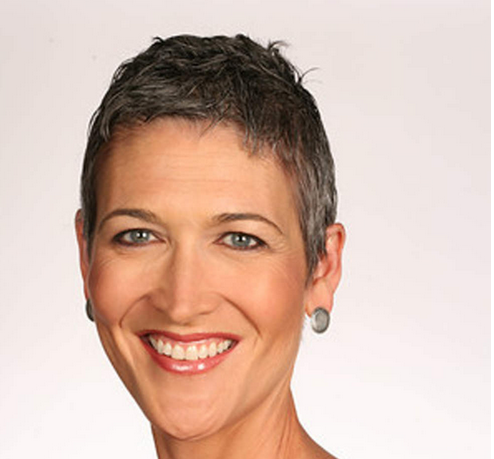 Fox News Pentagon correspondent Jennifer Griffin earned the respect of her colleagues in the Pentagon press corps years ago. But her profile has heightened in recent weeks due to her critical reporting of Pres. Trump’s controversial actions concerning northern Syria, specifically the withdrawal of U.S. troops.

When Pres. Trump claimed in a Monday cabinet meeting that “we never gave a commitment to the Kurds,” Griffin called BS, tweeting the below:

Not true, according to a former top senior military adviser to President Trump, “We told them over and over ‘We are your friends. We will never leave you’.” https://t.co/FEJUdJGGu6

Griffin’s reporting has been cited and praised by cable and broadcast newsers across the TV news landscape over the past few weeks.

“I’m pleased at the fact that other networks are paying attention to what Fox News is doing, but the way I feel is, we’ve been doing this for years,” she told Politico‘s Michael Calderone in a recent interview. Griffin added that Fox News reporters “keep our nose to the grindstone” and “keep out of politics.”

Calderone noted another example of Griffin being critical of the administration: “On the afternoon of Oct. 7, Griffin reported on Fox News how U.S. officials and allies were blindsided by Trump’s decision. Two days later, she reported how Trump ‘went off script’ during his call with Erdogan, whom he was expected to tell to stay north of the Syrian border.”

Additionally, later that day, she tweeted out some thoughts from a distraught “U.S. Special Forces soldier” who fought alongside the Kurds and said he was “ashamed for the first time in my career.”

As of publication time, the tweet has received 60.8K retweets and 126K “likes.”

I just spoke to a distraught US Special Forces soldier who is among the 1000 or so US troops in Syria tonight who is serving alongside the SDF Kurdish forces. It was one of the hardest phone calls I have ever taken.

“I am ashamed for the first time in my career.”

Griffin, whose husband Greg Myre is a national security correspondent for NPR, had spent years reporting from the Middle East before starting on the Pentagon beat at Fox News in 2007.

In addition to discussing her own coverage of Trump’s actions concerning Syria, Calderone asked Griffin to talk about the network’s polarizing prime time lineup.

“They’re in the opinion-making business. And they’re having guests on who can commentate on the news reports that we’ve put out during the day,” said Griffin. “That’s usually how they structure their shows. But there’s no hard and fast rule that I can’t appear on there.”

Griffin was also asked to comment on Shepard Smith‘s recent departure from the network. Smith was the face of FNC’s news division for decades. Griffin still considers him a close friend.

“I certainly was very saddened to see that Shepard was leaving us,” before adding, “We’re not doing anything differently since he left.”