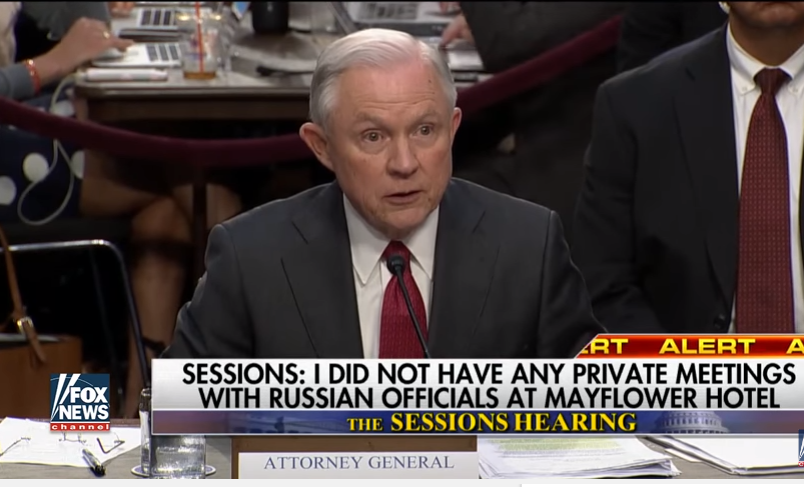 It was another unique week in the news, and viewers flocked to cable for their fill of current events coverage, especially Attorney General Jeff Sessions‘s Senate testimony on Tuesday, June 13.

Fox News and MSNBC were the two most-watched basic cable networks in prime time last week, and FNC has now ranked No. 1 in the prime time daypart for 4 straight weeks. The network averaged 2.35 million viewers, which is +12 percent from the same week last year.

Fox News also finished No. 1 across total day for the 24th consecutive week, posting a 1.5 million total viewer average. That’s +22 percent growth from the comparable week in 2016 (week of June 13).

Additionally, on Sunday, June 18th, Fox News was the most-watched network for prime time coverage of the terror attack on a mosque in London with 1.4 million viewers. FNC averaged 1.4 million total viewers, while, CNN delivered 959,000 and MSNBC averaged 407,000, per Nielsen.

Similar to its competitors, CNN was a top 5 basic cable network in total day viewers (No. 5). The network’s 831,000 total viewer average in the daypart marks +13 percent year-over-year improvement. The network also topped rival MSNBC in the total day A25-54 demo.

Additionally, CNN finished the week ranked No. 7 in total prime time viewers, and grew +9 percent in the daypart from last year.

Looking at the other cable news networks relative to the rest of basic cable: HLN came in at No. 42 in prime time (steady year-over-year), and No. 41 in total day viewers (-15 percent year-over-year).

It was a notable week in the business news sphere, with the announcement of the Federal Reserve rate hike and the Dow closing at record highs. Fox Business earned a notable win over CNBC in total day viewers, 124,000 versus 118,000. FBN posted +29 percent growth from the same week last year, while CNBC was -5 percent in the daypart.