They’ll probably end the day as the No.1 cable news network (as is traditionally the case), but Fox News committed multiple mistakes on Thursday that probably shouldn’t happen at a top-ranked outlet.

This morning, Fox & Friends co-host Ainsley Earhardt referred to Japan as “communist Japan,” something which is not true. Japan is not a communist country. Her co-host Steve Doocy tried to clean up the mess, as you’ll see below, saying “communism and Japan,” as a way of separating the two.

Later that morning, America’s Newsroom reported that “The Queen of Soul” and Rock and Roll Hall of Famer Aretha Franklin passed away at the age of 76. TV news covered and paid tribute to the life of Franklin for a good chunk of the day. At one point during its tribute, Fox News showed an obituary graphic with an image of Franklin in the foreground, and her lifespan beside it (1942-2018). 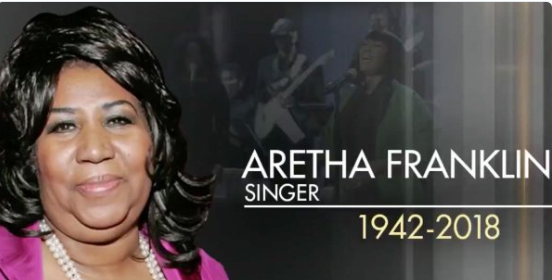 But there was one notable issue with the graphic: You’ll notice above that while an image in the foreground is of Franklin, an image in the background is of R&B soul diva Patti LaBelle, and not Franklin. The image of LaBelle is from her 2014 performance at the White House which was part of a PBS special called Women of Soul: In Performance at the White House.

Umm, is that Patti LaBelle in the corner? pic.twitter.com/PmUPpgc0zb

“We sincerely apologize to Aretha Franklin’s family and friends. Our intention was to honor the icon using a secondary image of her performing with Patti LaBelle in the full screen graphic, but the image of Ms. Franklin was obscured in that process, which we deeply regret.”

But this doesn’t really make sense, considering Franklin and LaBelle never performed on-stage together that night.

Patti LaBelle is still alive and kickin, though, and she paid tribute to Franklin earlier today via Twitter.

Oh well, I guess tomorrow’s another day in the wild world of 24/7 cable news.