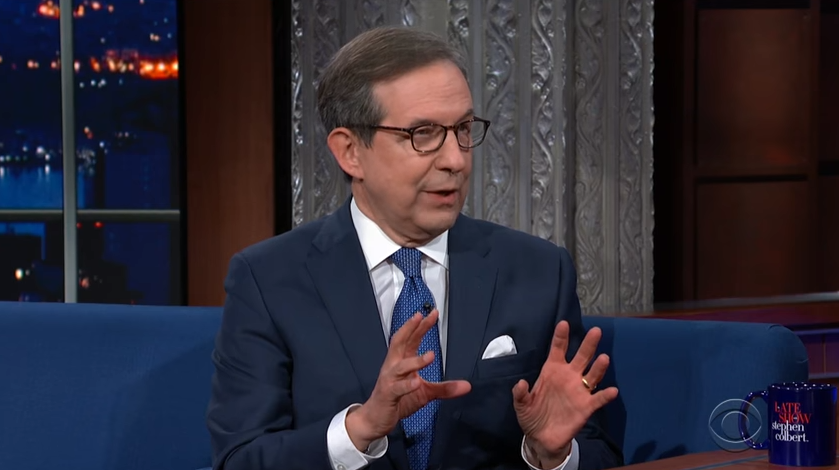 Fox News is presently running a For Your Consideration marketing campaign for Chris Wallace’s News & Documentary Emmy nomination, the first in the history of the network.

Among the probing questions he asked Putin was: “Why is it that so many of the people that oppose Vladimir Putin end up dead or close to it?”

WALLACE: Former Russian spy and double-agent Sergei Skripal, the victim of a nerve agent attack in England. Boris Nemtsov, a political opponent, gunned down near the Kremlin. Investigative reporter Anna Politkovskaya, murdered in an apartment building. Why is it that so many people who were political enemies of Vladimir Putin are attacked?

The  Emmy winners will be announced on Sept. 24. 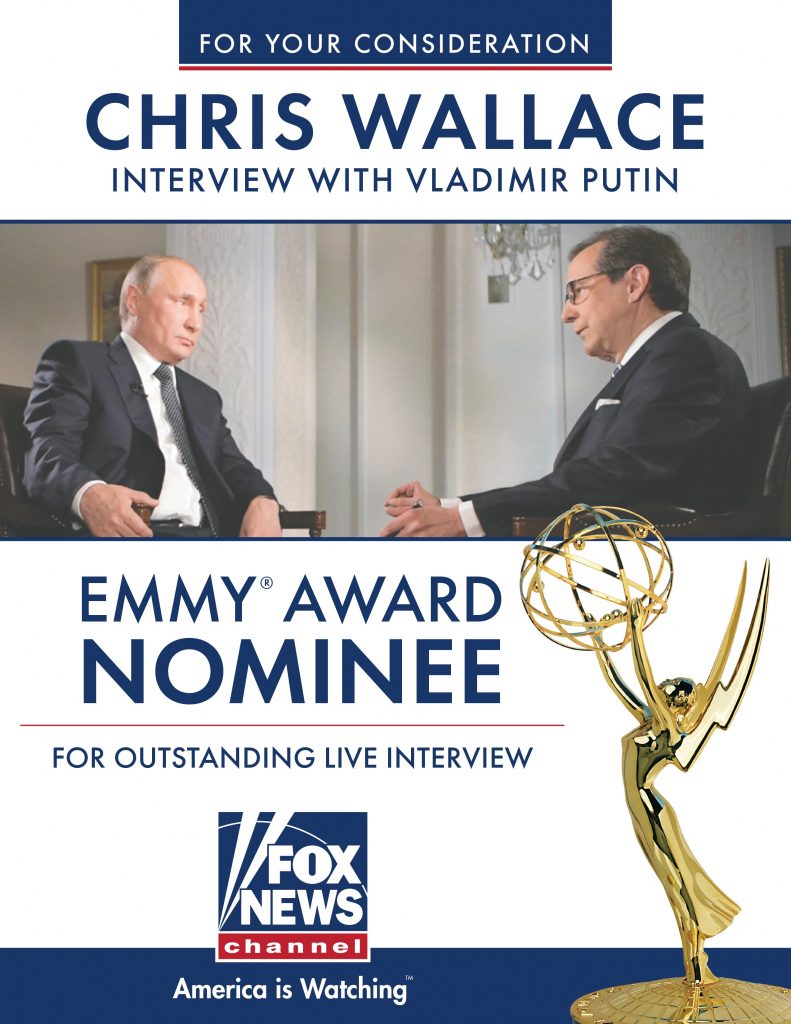 The Emmy-nominated Wallace was also featured in Variety this week, where, in addition to talking about the interview with Putin, he talked about being a campus radio reporter while attending Harvard:

In the late 1960s, as a reporter for Harvard’s WHRB radio station , Wallace got scooped up by the police when students occupied one of the campus buildings. Being put in jail didn’t diminish his flair for making a point. “They arrested all of us, student protesters and a student reporter. We all ended up behind bars,” Wallace recalls during a recent interview. “We were allowed to make only one phone call. Some were calling roommates. Some were calling their girlfriends. I called the radio station.” He signed off from his report by saying, “This is Chris Wallace, in custody.”

“People often ask me, ‘What did your father teach you? Did he teach you how to ask a question?’ The answer is no, but I’m a believer as the father of six children that kids pay attention to what their parents do, not what they say., What I learned from my father is a level of professionalism,” he says. He understands that painstaking preparation is the only way an interviewer is going to keep a public official from sticking to talking points during an on-air interview. “Certainly, I picked that up from my father.”

Wallace told Variety that he was surprised NBC News featured Rachel Maddow and CNN featured Don Lemon as moderators at their respective network’s primary debates. “I think it’s pretty hard to not see both Rachel and Don are opinion people. I’m not saying that’s good or bad, but it is what it is.”

CNN’s response? “We’d like Chris to point to any moment in the debate where Don Lemon did anything but ask straightforward, journalistically sound questions,” the network told Variety in a statement. NBC News declined to comment to Variety.