FNC was the most-watched network for live prime time coverage of the festivities, averaging nearly 4.2 million total viewers in the daypart. That’s the second-largest audience total for a Super Tuesday ever.

CNN, on the other hand, eclipsed the 1 million A25-54 viewers mark, averaging 1.1 million in prime time. 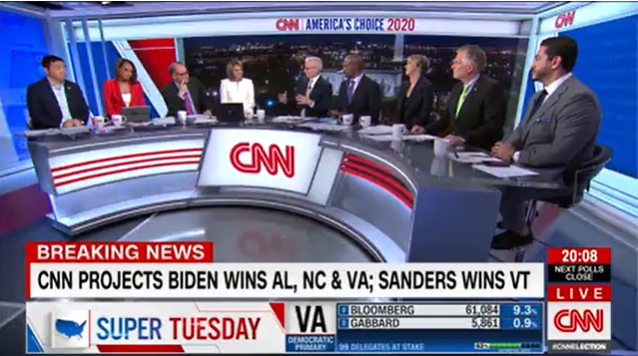 MSNBC was the second-most-watched network across broadcast and cable in prime time, while NBC was the No. 2-ranked network in the A25-54 demo. NBC was No. 1 on broadcast overall.

One also has to consider people watching on PBS, C-SPAN, CNNI, Univision, Telemundo, Bloomberg and on digital; meaning the total prime time audience will be more than 20 million.

Additionally, for the second consecutive election, NBC was the top broadcast network overall for Super Tuesday coverage in prime time.

Despite finishing last, CBS did deliver 3.24 million viewers in the 8 p.m. hour, ahead of ABC and CNN. However, viewership plummeted after that. 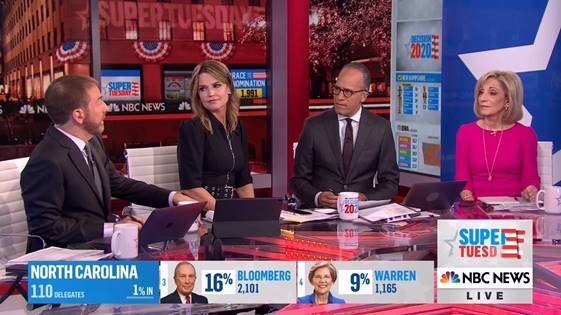 Additionally, with a median age of 48, Univision’s coverage was 13 years younger than the combined median age of ABC, CBS, NBC, Fox News, CNN and MSNBC.