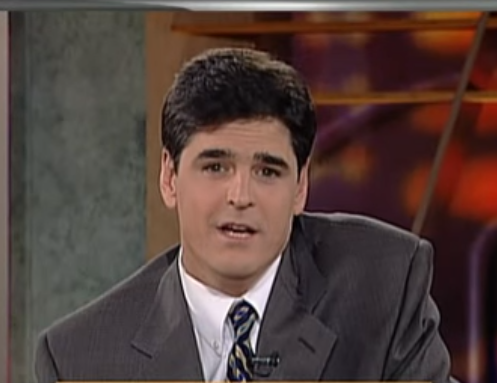 On Monday, Oct. 7, 1996, Fox News Channel went on the air, and it has been quite a roller coaster ride for America’s most-watched cable news network in the years since.

Fox News CEO Suzanne Scott and Fox News president Jay Wallace, both of whom have been at the network from the start, sent a note to staff this morning, announcing the milestone, touting successes, and thanking their colleagues for all they do “to make Fox News Media more successful everyday!”

Twenty-three years ago today, FOX News Channel was launched and historically changed the face of cable news forever. Our founder Rupert Murdoch promised viewers every side to every story, and our follow through on that promise has cultivated one of the most passionate and loyal audiences in all of television. Nothing short of a cultural phenomenon.

As you know, Jay and I were here when the lights were turned on 23 years ago and we are beyond proud of the success we’ve been able to achieve under the leadership of Rupert and Lachlan Murdoch, and the incredible team of employees here.

Over just the past year, we’ve seen all the brands under the FOX News Media umbrella thrive and surpass expectations. FOX News Channel is going on its fourth year as the leading network in all of cable, not just cable news, with many of our programs now surpassing their broadcast network counterparts while continuing to be the most talked about network in America. FOX Business just underwent an extensive brand refresh and now has the most interesting screen of any financial network in the industry along with a new website and app. FOX Nation is coming up on its one year anniversary and our super fans continue to subscribe to the streaming service that is now a must watch destination for some of our most compelling long form programming. FOX News Digital continues to outpace CNN.com in key metrics, while FOX News Radio just completed a new mega distribution deal with SiriusXM and we continue to launch a variety of podcasts.

The success of FOX News Channel has always been our ability to adapt and innovate all the while staying true to Rupert’s vision of a 24-hour news network like no other. As we set our sights on 2020 and our seventh presidential election, we are excited to unveil new election branding – Democracy 2020 – which you will begin to see rolling out today on FNC & Digital, and elsewhere over the next few weeks. Our election coverage is one of our greatest strengths — we continue to hold the record for the highest-rated presidential primary debate and our town halls this year have far outranked the competition in both ratings and reviews. As all eyes are on 2020, we are confident America will be watching, listening, streaming and engaging all of the FOX News Media platforms.

We feel incredibly fortunate to have been a part of our meteoric rise from a network that had to pay cable providers to carry us in the early days – to overseeing the powerful suite of content that is now part of the conglomerate known as FOX News Media.

As a token of our appreciation, frozen yogurt from Pinkberry will be served on both the 2nd floor Breezeway and the 20th floor Pantry area from 1:00-3:00 PM this afternoon.

Thank you for all you do to make FOX News Media more successful every day! 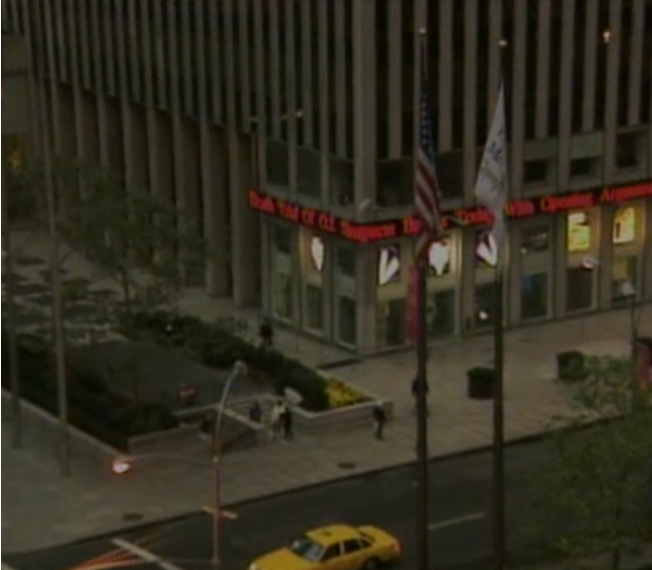 And here’s the same building, sporting the bright blue and white news ticker in 2019: 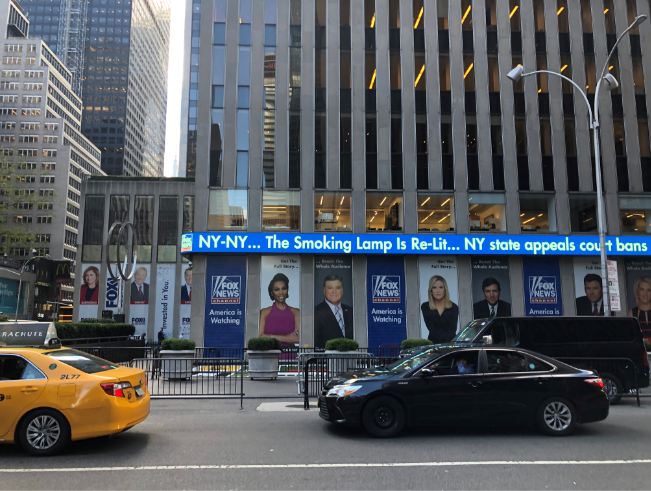