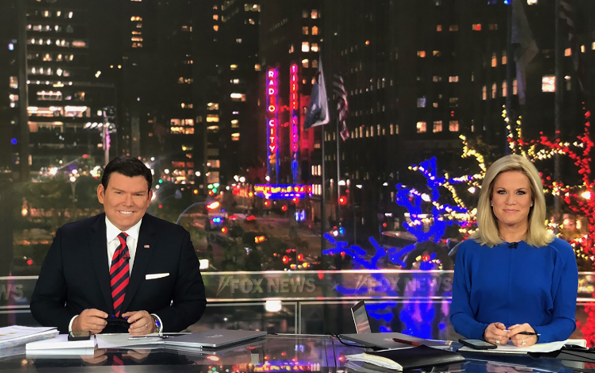 Once again co-anchored by Special Report anchor Bret Baier and The Story anchor/managing editor Martha MacCallum, Democracy 2022: Election Night will provide viewers with the latest calls on House, Senate, and gubernatorial races, as well as projections on the balance of power in both the Senate and the House via the Fox News Decision Desk.

Baier and MacCallum will be joined by America’s Newsroom co-anchor Bill Hemmer as he analyzes results in real-time on the electronic “Bill-board.” Faulkner Focus host Harris Faulkner will speak with a live audience of voters about the issues they feel strongest about in this election. Additionally, Fox News Sunday moderator Shannon Bream will use a new, immersive touch screen to report on the Fox News Voter Analysis, a survey of early and Election Day voters conducted in all 50 states by the nonpartisan research organization NORC at the University of Chicago for Fox News and the Associated Press.

Fox News White House correspondents Peter Doocy and Jacqui Heinrich will report live from 1600 Pennsylvania Avenue while senior congressional correspondent Chad Pergram and chief Washington correspondent Mike Emanuel will update viewers on the balance of power between Republicans and Democrats in the House and the Senate.

Additionally, more than 20 FNC correspondents will report throughout states where key races are taking place. Alicia Acuna will be in Arizona, Charles Watson in North Carolina, Phil Keating and Steve Harrigan in Florida, Aishah Hasnie and Jonathan Serrie in Georgia, Garrett Tenney in Michigan, Alexandria Hoff and Jonathan Hunt in Nevada, Matt Finn in New Mexico, Mark Meredith in Ohio, Dan Springer in Oregon, Bryan Llenas and Rich Edson in Pennsylvania and Casey Stegall in Texas.

FBN will simulcast FNC’s special live coverage of the midterms, beginning at 6 p.m. ET, and provide live updates complete with domestic and international market reactions as results come in. Stuart Varney, Maria Bartiromo, Charles Payne, and Larry Kudlow will provide real-time analysis on Fox News about how the night’s results could impact viewers’ finances, Wall Street, and the global economy.

We recently caught up with Fox News svp of news and politics Alan Komissaroff, who’s once again the executive in charge of Fox News’ election night coverage, to find out what viewers should expect from the network Tuesday. Here’s what Komissaroff had to tell us, including takeaways from the network’s top-rated and drama-filled 2020 election coverage, and how they’ll influence what happens on Tuesday night.

TVNewser: What can the viewer expect from your network’s election night coverage that he or she didn’t see in 2020 or 2018?

Komissaroff: We have enhanced every part of our graphics suite, allowing us to call House and Senate races using a new photorealistic 3D model to virtually fly through from the house and senate chambers.

We have also updated Bill Hemmer’s touchscreen, giving him enhanced features to drill into every race, every district and county to show real-time results. Bill can also navigate different scenarios for the Balance of Power for the House and Senate as the races progress throughout the night.

In addition, our election graphics ticker has been redesigned with a bolder look to make it easier for our viewer to read and follow along with the races.

What lessons did you take away from 2020 and 2018 that you’re keeping in mind for this year’s coverage?

As always, we will be focusing on constant communication between our decision desk, on-air talent and producers. As well as putting an emphasis on transparency, so the viewer knows exactly what’s going on at all times. We want to educate viewers on how we are doing what we do… and why we are making a call or not.

Where will you be spending most of election night? If it’s in the control room, who will you be seated near/next to?

I will be in the control room, sitting right next to the Executive Producer and producing team until we hand off coverage on the overnight.

If past is prologue, some of these races may not be decided on Nov. 8, or even Nov. 9. Do you have contingency plans set if this goes on for multiple days, and if so, what are they?

We are fully prepared for races to be up in the air come Wednesday morning and beyond. We will continue our round-the-clock coverage for as long as necessary. 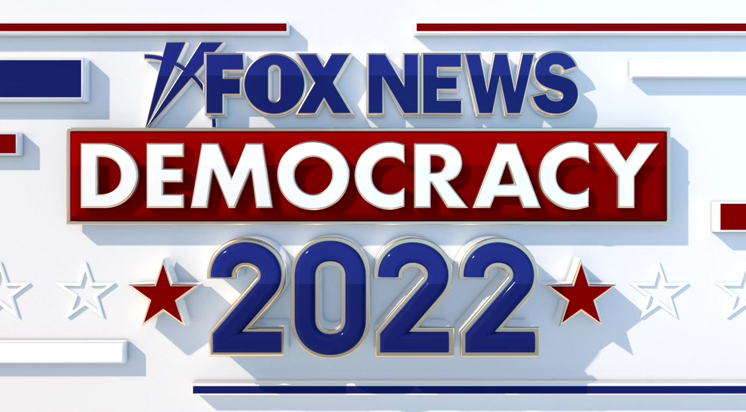