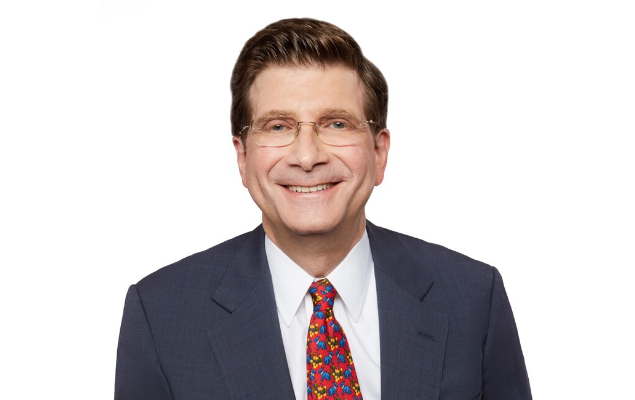 Mr. Mishkin runs Fox News’s “decision desk,” the team responsible for telling Fox viewers — also known as Donald Trump’s base — who won the election. The team and its sister polling unit are among the few endeavors at Fox that have proven immune to the president’s takeover of the network. Mr. Mishkin is a straight shooter — a registered Democrat who told me he voted for Hillary Clinton in 2016, and is paid as a consultant, not as a Fox employee.

In addition to writing about who he believes controls the network and its on-air talent, and the fact that there might be a temptation to call the election in Trump’s favor based on the president has, Smith writes that Mishkin won’t let any potential outside distractions affect him and his team’s performance.

“The weird thing is the decision desk doesn’t really report to anyone,” a person familiar with the operation told me, on the condition of anonymity so as not to be seen as undermining Fox’s attempts to present itself as a normal news organization.

… Mr. Mishkin said that executives in Fox’s control room can “kick the tires” when he makes a call. (Mr. Mishkin’s team not only declares a winner of the presidential contest, it calls the results in individual states based on live vote tallies and data analysis.) Fox’s senior executive vice president of corporate communications, Irena Briganti, who participated in my call with Mr. Mishkin, said the decision desk is part of the news division.

Mishkin, a Yale grad who has run Fox News’ decision desk since 1998 and works closely with the network’s chief pollster Dana Blanton, “led the charge to create an alternative to traditional exit polls, the large surveys of voters conducted before and on Election Day called VoteCast, in partnership with The Associated Press.”

The network’s polling operation has been praised by outlets ranging from Nate Silver‘s FiveThirtyEight and even HuffPost.

There’s the legendary story of the network’s decision desk calling the 2012 election in favor of President Obama before the other outlets. Karl Rove openly and aggressively disagreed with the network’s call that Obama would win Ohio, spurring a visit to the desk by Kelly.

Rove would be proven wrong. Mishkin was right.

“It was like Clark Kent and Superman — I didn’t know he was central to that until Megyn walked down the hall,” said Jim Kennedy, the senior vice president for strategy and enterprise development at The Associated Press, who has worked with Mr. Mishkin as a consultant for years. “That’s when I realized — that’s Arnon.”

Mishkin has said no one at Fox asked him who he voted for in 2016. Will he have the freedom “to do his thing,” in 2020? Megyn Kelly, for one, says she’s confident he would.

“That night, you’re going to be able to trust who’s out there because it’s run by the journalists at Fox News,” Ms. Kelly said.

If that doesn’t give you total confidence, Mr. Mishkin’s friends say his unbending personal qualities ought to. This is a man who, after asking for a show of hands from his team, confidently faced down Mr. Rove.

At the end of the day, Mishkin is focused on one thing, regardless of the outlet who has hired him; and that’s declaring the winner:

“It wouldn’t matter who’s running Fox or what Donald Trump wants,” said his business partner and a Yale connection, Samuel O.J. Spivy. “What Arnon is interested in is who is the winner.”