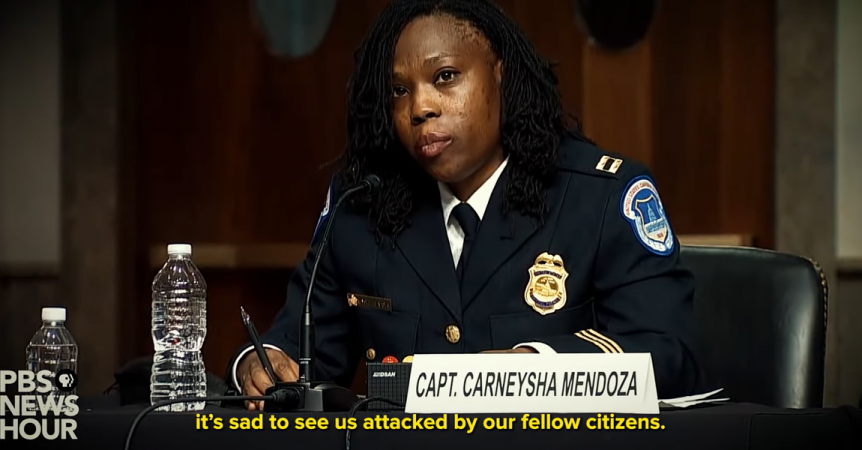 Update: MSNBC decided to air it Monday night during The 11th Hour with Brian Williams:

Thank you Brian Williams for sharing our ad that Fox “News” doesn’t want their viewers to see pic.twitter.com/VIgDC0rdod

Fox News recently declined to broadcast a 60-second ad that was submitted by the liberal Political Action Committee, MeidasTouch.

The ad, titled GOP Betrayed America, is about the violence that law-enforcement members faced on Jan. 6 as they tried to stop the insurrection at the U.S. Capitol. It features members of law-enforcement testifying in Congress and speaking to the media about what they experienced during the insurrection, including getting sprayed with bear mace, engaging in hand-to-hand combat and being called “traitors.”

The PAC spoke with the LA Times, which broke the story:

“We couldn’t have fathomed in our wildest imaginations that even a Fox News would reject an ad that simply condemns the insurrection, and condemns people who support the insurrection,” said Ben Meiselas, one of the co-founders of MeidasTouch, the liberal Political Action Committee that created the 60-second ad. “What Fox has really become is a fascist echo chamber gatekeeper for their base.”

MeidasTouch says it booked nearly $185,000 of air time to play the ad on Fox News between June 6 and 15, starting with Chris Wallace’s Sunday show and continuing for seven days on Fox and Friends as well as two spots on daytime programs and one more on Wallace’s show next weekend.

The team at MeidasTouch told the Times that they placed the ad buy as they have in the past, but were informed over the phone on Friday that Fox would not air the ad and were not given a reason.

A Fox News spokesperson told TVNewser that the claim that it had not turned down previous ads from the PAC was incorrect.

It is not totally clear as to why Fox News decided to decline this particular ad, although it’s possible it had more to do with the organization submitting it and less to do with the message.