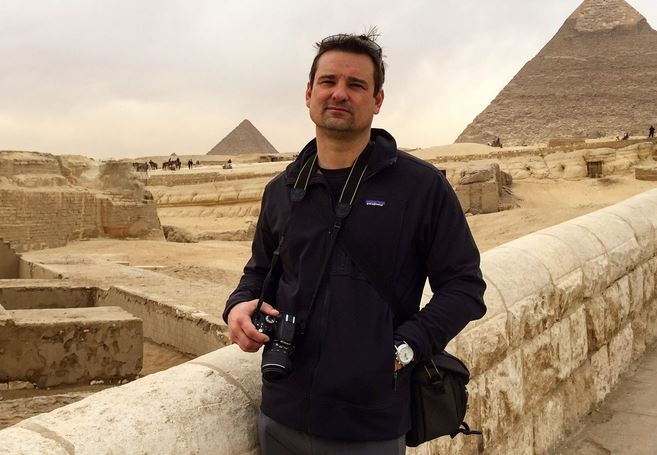 As his sister was appearing on the Today show this morning, talking about her sexual harassment claim against Bill O’Reilly, Fox News correspondent John Huddy was being told he was losing his job.

John Huddy has been a foreign correspondent for Fox News since 2014.

“Following a thorough investigation into a physical altercation earlier this month, Fox News made the decision to sever ties with Jerusalem-based correspondent John Huddy. The network’s investigation concluded last week, and due to observation of the Sabbath on Friday, terminated Huddy’s employment this morning,” reads a statement.

Before joining Fox News, John Huddy was a reporter for WNYW, the Fox-owned station in New York. That’s where Juliet Huddy had worked until last September, as an early morning anchor.