NEXT:C-SPAN Says It Alerted FBI About Death Threats Made Against Brian Stelter and Don Lemon on Its Channel
PREVIOUS:Evening News Ratings: Week of July 30 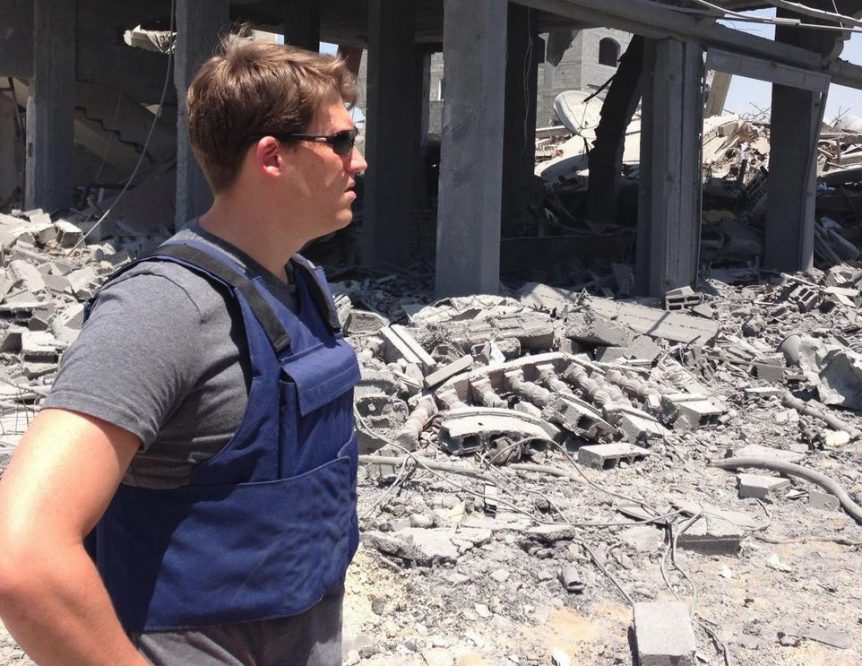 Fox News foreign correspondent Conor Powell is leaving Fox News after a 9-year run in the network’s news division. Powell made his departure public via Facebook post this past Friday, noting that he will head back to the U.S. in “the coming days.”

After nearly 9 years I have decided to resign from Fox News. Those of you who have spoken to me in recent months, you will understand why I am leaving FNC,” Powell said in the post.

“To my many friends at the channel I wish you the best of luck. If anyone knows of any jobs in media and journalism please contact me,” Powell continued. “Atia, Arian and I will be back in the USA in the coming days.”

The Wrap reported yesterday that Powell–a Jerusalem-based reporter–is departing Fox News because he’s uncomfortable about the direction of the news organization over the past few months. “Fewer news shows. More opinion shows. Less resources for reporters to report,” a source familiar with Powell’s thinking told The Wrap.

A veteran foreign correspondent, Powell butted heads with the office of Israeli P.M. Benjamin Netanyahu last year after suggesting in a May 2017 tweet that Netanyahu told Pres. Trump not to move the U.S. Embassy from Tel Aviv to Jerusalem.

Netanyahu’s office fired back with this statement that included details from Trump’s Oval Office meeting with Netanyahu in February. “The PM was asked about the embassy and explained [that moving it] would not lead to bloodshed in the region, as some were trying to intimidate [President Trump] into believing.” And a further note from Israel’s Ambassador to the U.S. Ron Dermer who said “moving the embassy would help advance peace.”

Powell was also close with the late James Foley, telling TVNewser back in 2014: “Jim was well liked by everyone, very easy going and engaging. Like many freelancers he was fearless, but he never appeared reckless. He wasn’t covering wars and conflicts for the rush, it was the story and the people that drove him.”

His departure comes less than a year after fellow Jersusalem-based Fox News correspondent John Huddy was fired “following a thorough investigation into a physical altercation earlier this month.”

Huddy was told he was losing his job just as his sister, former Fox Newser Juliet Huddy, was  making an October 23 appearance on the Today show, where she spoke about her sexual harassment claim against Bill O’Reilly.

He had been a Fox News foreign correspondent since in 2014.