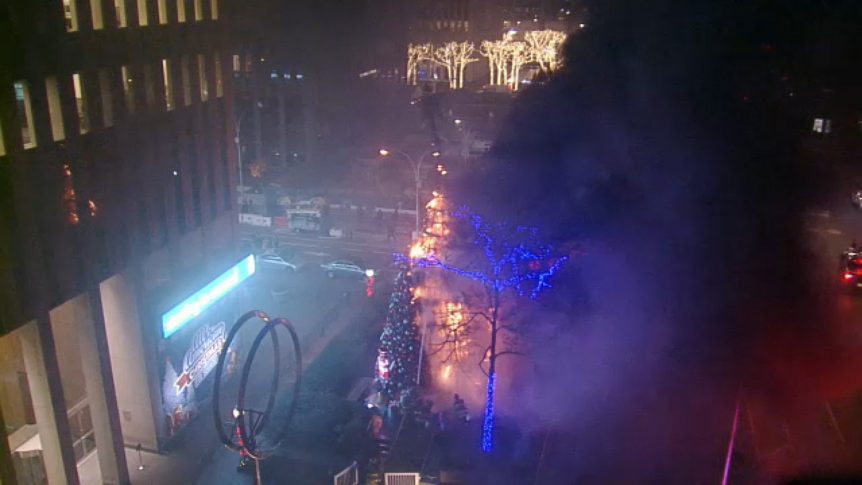 A man is in custody and has been charged with allegedly setting fire to the 50-feet Christmas tree outside Fox News’ NYC headquarters early Wednesday morning, which Fox News Media CEO Suzanne Scott decried as a “deliberate and brazen act of cowardice.”

Scott responded to the incident in a company-wide memo addressing the fire on Fox Square, calling the situation a “malicious arson attack.”

“We will not let this deliberate and brazen act of cowardice deter us,” wrote Scott. “We are in the process of rebuilding and installing a new tree as a message that there can be peace, light and joy even during a dark moment like this.”

The tree had been lit during an on-air ceremony Sunday night before it was set on fire Wednesday morning. There were no injuries reported.

NYPD arrested the suspect, later identified as Craig Tamanaha, and charged him with criminal mischief, reckless endangerment and arson.

The company plans to have another lighting ceremony for the new tree this month. 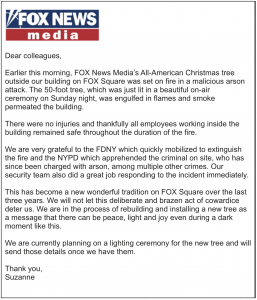