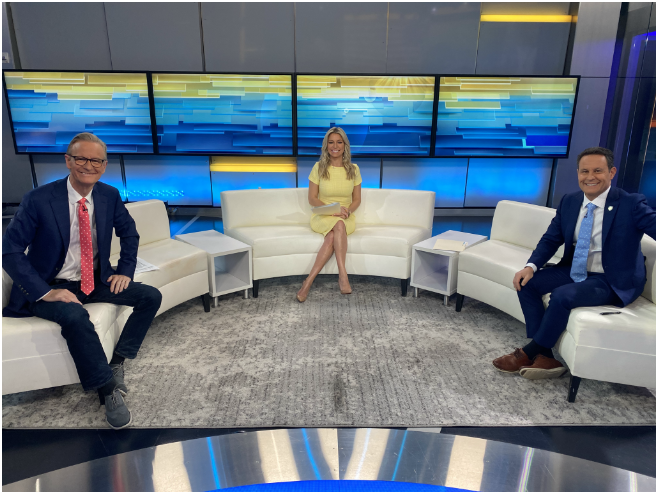 The trio hosted the morning show while seated on curvy white couches in their Fox News studio today. The single “curvy white couch” has long been a signature of the Fox & Friends program.

Doocy, Earhardt and Kilmeade have been hosting the show from the studio, but had not done so from a couch since before the pandemic.

The small couches were separated by tables ensuring the hosts were no closer than six feet from each other. All vaccinated, Doocy, Earhardt and Kilmeade will be back on their “signature” curvy couch once New York State restrictions are lifted. 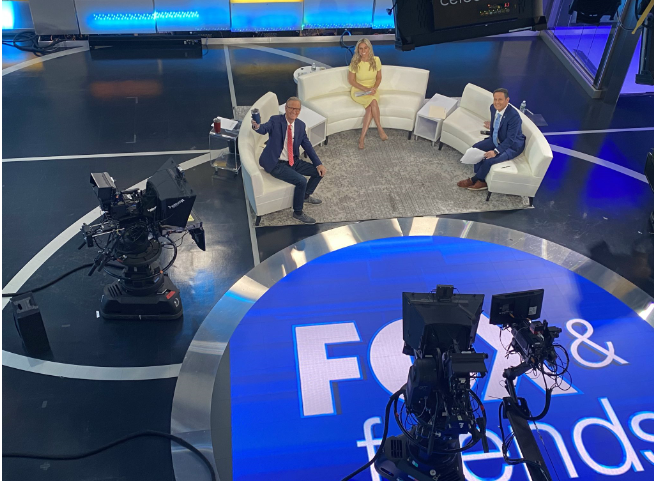 Earhardt: “For the first time in what? a year and a half? we are back on some semblance of a curvy couch. We are six feet apart and we are all vaccinated.”

Brian Kilmeade: “Right, gradually we’re going to get people back in studio as things get back to normal and finally I might go back to Broadway September 14th.”