NEXT:Here's the Story Behind Jeff Zucker's Falling-Out With Trump, and How It Has Affected CNN's Coverage of the Administration
PREVIOUS:Friday, Sept. 18 Scoreboard: Tucker Carlson Is Most-Watched in Prime Time 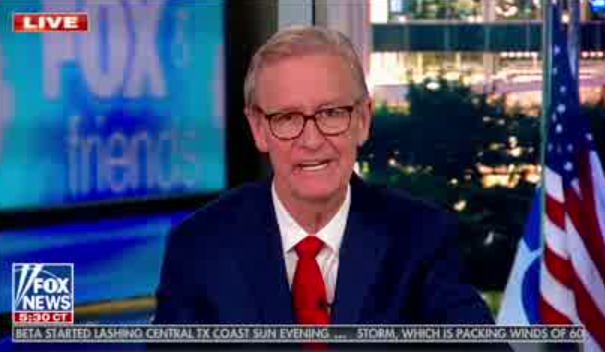 The team at Fox & Friends issued an on-air apology Monday morning for covering a since-retracted report this past Friday which claimed that the mayor of Nashville and city government had covered up positive news concerning the coronavirus.

Fox 17, a Sinclair-owned station in the Music City, retracted its story last Friday. The story, which was reported on-air Wednesday, alleged that city officials failed to make coronavirus-related information public so that they could justify keeping local businesses shut down.

Fox News opinion hosts Tucker Carlson and Laura Ingraham covered the story on Thursday evening, and Carlson led that Thursday evening broadcast with the story, claiming that “leaders are lying” about America’s response to the coronavirus.

CNN media reporter Oliver Darcy and The Tennessean debunked the report on Friday, before the station officially retracted it.

According to Darcy (who performed the initial investigation) and The Tennessean, the story seems to have been based on a misreading of internal emails, which had been considered to be sketchy by the station’s reporter.

On Friday, the station deleted the false report from its website and delivered an apology in a statement to CNN.

“In a segment that aired earlier this week, we incorrectly asserted that Mayor Cooper’s office withheld COVID-19 data from the public, which implied that there had been a cover-up,” the station told CNN. “We want to clarify that we do not believe there was any cover-up, and we apologize for the error and oversight in our reporting.

Fox 17 added: “We continue to have questions about the level of transparency that the government showed to the restaurant and bar industry—whose livelihood was on the line. As journalists, we will continue to ask those questions and hold elected officials accountable.”

Fox & Friends also covered the story Friday morning, with co-host Brian Kilmeade demanding the mayor of Nashville resign from his post. The Fox 17 retraction came later in the day Friday.

“We wanted to give you update on a story we shared with you last week. On Friday, we reported on allegations that the mayor of Nashville had hidden coronavirus numbers. That was according to our local Nashville Fox affiliate.

They have since retracted their story. And we now know the mayor’s office did apparently not conceal those numbers and did release them to the public and so this morning on this Monday we wanted to apologize for any confusion.”

Fox News confirms to TVNewser that Carlson and Ingraham will address the Fox 17 retraction this evening on their respective shows.