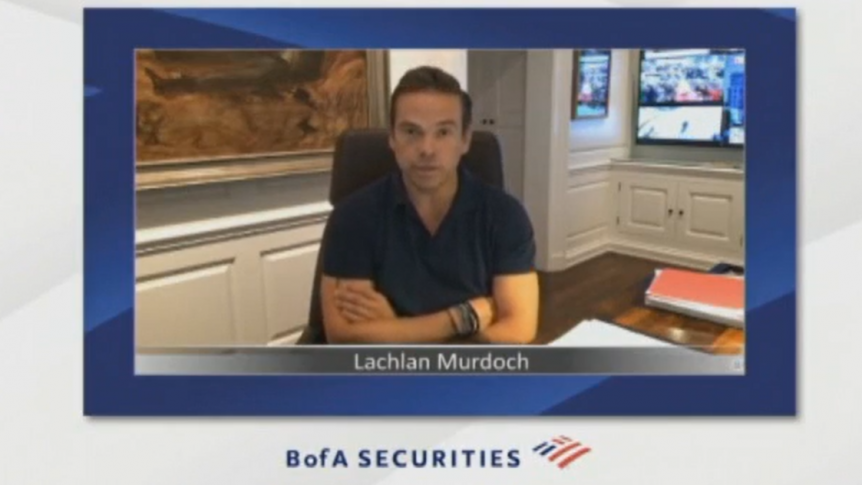 Fox Corp. CEO Lachlan Murdoch believes the next six months will look incredibly strong for his company, and that a potential Joe Biden presidency wouldn’t negatively impact Fox News ratings, despite the fact that the network has set a number of ratings records during the Trump years.

“Look, I don’t think it does. If you look at Fox News, you look at how we’ve not only been strong, but we’ve grown ratings in multiple administrations, from both political parties— Clinton, Bush, Obama,” Murdoch said during an appearance at the BofA Securities 2020 Media, Communications and Entertainment Virtual Conference.

Speaking of Democratic Party politicians, Murdoch said the Biden campaign will be buying ad time on Fox networks leading up to the Nov. 3 general election, including this Sunday’s nationally televised NFL broadcasts on Fox. “You’ll see this Sunday, the Biden campaign spending quite substantially,” said Murdoch.

The Fox Corp. boss touted Fox News as the No. 1-watched network of the summer. According to live-plus-same-day data from Nielsen, that is true in prime time. Fox News finished the Memorial Day-Labor Day 2020 time period No. 1 in total prime-time viewers, per live-plus-same-day, lifted by a wide variety of breaking news stories and record-setting convention coverage. Fox News also benefited from a quiet summer for the broadcast networks. For instance, some summer shows have been saved for autumn since many fall shows won’t be back in time in light of production interruptions which arose due to the Covid-19 pandemic.

It remains to be seen whether Fox News remains No. 1 for the summer after time-shifted data arrives in the coming days and weeks. For instance, broadcast seasons are generally measured by live-plus-7 day data, and the Big Four will certainly receive a bump from time shifting.

In addition to touting Fox News’ impressive Nielsen numbers, Murdoch added that even though Fox News and FBN (and news in general) skew older, “it’s not something I’m particularly worried about. It’s logical.”

In the one-on-one virtual conversation with media analyst Jessica Reif Ehrlich, the Fox Corp. boss also argued that as the overall size of the audience gets bigger, Fox News earns “larger cohorts” of new demographics, which helps its appeal to advertisers.

“I think advertising has been very strong,” he remarked.

However, Murdoch was not asked to address the past advertiser issues concerning Tucker Carlson and Laura Ingraham‘s top-rated prime-time shows on FNC.

Murdoch also noted the change of the news division’s name from Fox News to Fox News Media, and compliments its chief executive Suzanne Scott: “You have Fox News, you have Fox Business, you have their digital businesses … Fox Nation and Fox News International. Fox News Digital in August did almost 4 billion pageviews, which is up 30% year on year.”

He added: “Globally, people appreciate that Fox News is the No. 1 network.”

The Fox chief also spoke about the return of live sports—the NFL (tonight), as well as MLB and Nascar, which returned in the summer.

“We’re very happy that live sports—Major League Baseball, Nascar and the NFL tonight—is coming back, and with great entertainment product in our stations, the strategy remains the same.”

He also added that Fox Sports has ‘”multiple options” to monetize sports betting in the U.S.

“Luckily, we have been able to get through this Covid period really incredibly well, mostly due to the mix of our assets that we have from the Disney transaction and kept very deliberately, and with a strategy and structure that’s as robust today as two years ago when we put the strategy together,” said Murdoch.