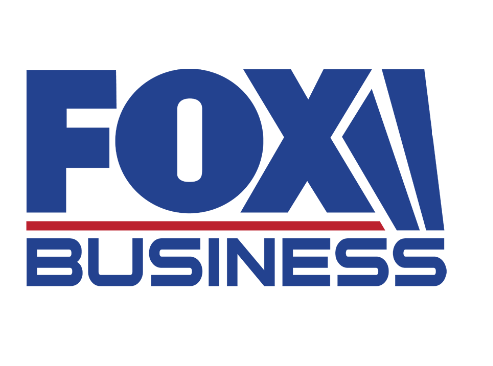 Beginning this fall, Fox Business Network’s 8-10 p.m. ET time period on weekdays will be known as FBN Prime and consist of docuseries that focus on infrastructure, real estate, music and home remodeling. Some are FBN originals, while others are based off of streaming content from Fox Nation.

“We are thrilled to introduce a new engaging and inspirational primetime lineup focused on success stories across key American industries to our loyal viewers,” FBN president Lauren Petterson said in a statement.

Kicking off the new lineup at 8 p.m. on Monday, September 20, is How America Works. The weekly, hour-long series narrated by former CNN and Discovery host Mike Rowe “will showcase the many individuals that work round the clock to keep our infrastructure in working order.”

Following How America Works will be American Built. The weekly series, hosted by FBN host Stuart Varney, will air Mondays with back-to-back episodes at 9 and 9:30 p.m. ET.

American Built is based on a series of the same name which has aired on Fox Nation, and “will dive into the design and ingenuity of iconic American landmarks … it will follow Varney as he interviews renowned architects, engineers and historians about engineering marvels, from the USS Nautilus to the Hubble Telescope, capturing the unassailable spirit that helped make our country the leader in innovation and growth.”

On Tuesday, September 21, FBN host Cheryl Casone will present two consecutive episodes of American Dream Home (Tuesdays at 8 and 8:30 p.m. ET). American Dream Home “follows families as they hunt for their perfect house while sharing their emotional journeys to their forever home.”

Fox Nation host Kacie McDonnell will bring her Fox Nation streaming series Mansion Global (Tuesdays at 9 and 9:30 p.m. ET) to Fox Business primetime, beginning after American Dream Home. Mansion Global is a 30-minute show which “explores the most lavish properties in the country, from mega mansions to high-priced high rises for a peek inside luxury real-estate listings.” McDonnell, a lifestyle and sports host, joined Fox Nation in 2019, launching Mansion Global on Fox Nation in 2020.

Wednesday, September 22 will mark the debut of the FBN original series, American Gold: The Legend of Bear Gulch (Wednesdays at 8 p.m. ET). “Featuring the Dale brothers, Rick (71), John (70), Tad (68), Paul (63) and Kitt (59), the hour-long series will follow the family as they attempt to mine 800 acres of previously worked land for gold in the wild mountain valley of Bear Gulch, Montana. The location holds special meaning for the brothers as their father, grandfather and uncles all spent their lives dedicated to mining the area, where they believe a family secret will help prove there’s still millions to be found.”

Country musician John Rich follows with The Pursuit! with John Rich (Wednesdays at 9 and 9:30 p.m. ET). The series, which originally debuted on Fox Nation, will air new half-hour episodes on FBN, featuring interviews with music stars, celebrities and entrepreneurs. “Filmed at Rich’s home in Nashville, the guests will delve into their personal journeys and experiences that led them to achieve the American dream.”

On Thursday nights, staring September 23, FBN will present repeats of various FBN Prime programs that aired earlier in the week.

Upon the launch of the new FBN primetime programming slate, Kennedy will move to the 7 p.m. timeslot (which is presently held by a repeat of Larry Kudlow‘s show), airing Monday through Thursdays, while the network’s Friday night programming slate, featuring Maria Bartiromo’s Wall Street (Fridays at 8 p.m.), WSJ @ Large with Gerry Baker (Fridays at 8:30 p.m. ET), and Barron’s Roundtable (Fridays at 9 p.m. ET) will remain in place.

Fox Business appears poised to [loosely] emulate rival CNBC in primetime, as the latter has long delivered entertainment programming with a business slant in the daypart; shows like Shark Tank, American Greed and The Profit with Marcus Lemonis, with the latter recently renewed for an 8th season on NBCU’s business news network.