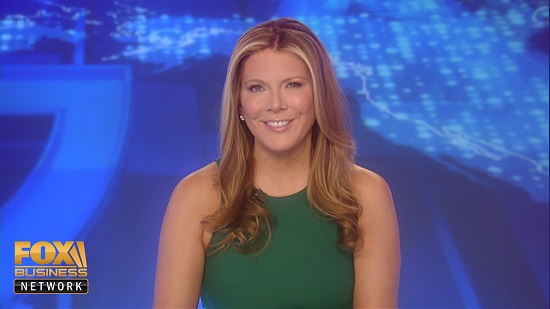 Fox Business Network announced today that it’s launching a new prime time lineup on Oct. 15, and Regan will take over the the 8 p.m. hour with Trish Regan Primetime.

“The intersection of policy and Wall Street has never been so strong, and I’m excited for the opportunity to create a new program that solely focuses on the political economy and what it means to so many Americans,” Regan said in a statement. “It is an honor to get to continue working alongside the best lineup in business television.”

Trish Regan Primetime will feature Regan as she expands upon the leading headlines of the day and their economic impact on the country. Additionally, each night Regan will be joined by a rotating lineup of industry experts and leaders to explore how the policy set forth by Washington affect the markets, economy and personal finance.

In addition to Regan’s prime time debut, the network will also premiere a new post-market schedule, featuring the return of Bulls & Bears with David Asman. In taking on the new role, Asman will leave FBN’s 4 p.m. After the Bell, with FBN’s Connell McShane joining Melissa Francis as co-host.

Following Bulls & Bears, is The Evening Edit with Elizabeth MacDonald at a new time of 6 p.m. ET. The Evening Edit leads into FBN’s top show Lou Dobbs Tonight, which will remain at 7 p.m. ET while the newly-titled Kennedy Live will now be live at 9 p.m. ET.

“We have an incredible roster of expertise across both our daytime and primetime lineup and this new schedule will ensure our viewers get the best, most experienced analysis across the critical business and post-market hours,” FBN president Brian Jones said in a statement. “Charles’ keen eye for spotting market moves along with Connell and David’s seasoned backgrounds, will further enhance our business coverage, honing in on the critical news that will impact Americans most.”

Regan joined FBN in 2015 as an anchor and markets reporter, and that November, Regan, alongside FNC’s Sandra Smith, moderated the network’s inaugural Republican presidential primary debate, making history as the first dual-female team to helm a debate.

Asman originally joined Fox News in 1997 and was one of the founding anchors of FBN when it launched in 2007.