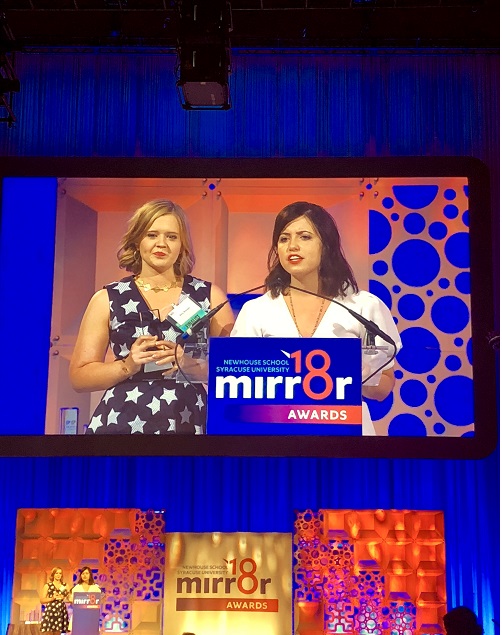 The Washington Post apparently had the Jeff Fager sexual harassment allegations story before The New Yorker, but decided against publishing it.

That’s what former WaPo investigative reporter Irin Carmon writes in a story for New York magazine’s Intelligencer, out today, where she explains that she and colleague Amy Brittain were ready to go with another bombshell story for The Washington Post on March 7, 2018. The story details sexual harassment accusations made by multiple women against CBS News chairman-turned 60 Minutes executive producer Jeff Fager.

Carmon and fellow investigative journalist Brittain were the duo who first reported allegations of sexual harassment against Charlie Rose, a story that made the front page of The Washington Post on Nov. 20, 2017. Rose was fired from CBS News the following day, and his PBS show had been canceled right after the story was published.

The outlet wanted Carmon and Brittain to continue their reporting on Rose, leading them to the man who seemingly enabled it.

Our editor, Peter Wallsten, had encouraged us to ask who had known about Rose’s conduct and protected him, and whether he’d been enabled by a culture — assuming we had the reporting to back it up, of course. Answering that question had led to the then–60 Minutes boss and former network chairman Jeff Fager, who had repeatedly championed Rose at the network. That was awkward because 60 Minutes had been the Post’s partner for a just-wrapped yearlong investigation of the roots of the opioid crisis.

Little did they know that they’d face great resistance from within in the ensuing months, including from executive editor Marty Baron, says Carmon.

According to Carmon, The Post decided not to publish the Fager-focused followup to the Rose story, even though she felt they had more than enough info and sources to go with it.

Why? She’s still not totally sure.

I don’t believe there is just one reason the Post rejected the Fager story. I think it was a little of everything. The legal squeeze. The close relationship beween the paper and 60 Minutes. The easy identification with a powerful executive in our industry as opposed to the people complaining about him. #MeToo fatigue, a growing sense in journalistic circles that the movement might be going too far. I doubt I’ll ever really know.

The New Yorker’s Ronan Farrow published his story in September 2018. Days later, Fager was fired after he sent inappropriate texts to CBS News correspondent Jericka Duncan, who was covering the story.

We were at that 2018 Mirror Awards  ceremony where Carmon and Brittain won the award for Best Story on Sexual Misconduct in the Media Industry. They said the Charlie Rose story took them 7 years to complete.

“The larger story about how this behavior persists in our industry will also take time, but if we’re going to earn the trust of our readers and viewers, we have to tell the truth about ourselves, and I know there are a lot of people in this room who are committed to that journalism,” Carmon said, with Fager in the room. “The stories that we have been doing are about a system. The system has lawyers and a good reputation. It has publicists. It has a perfectly reasonable explanation about what happened. It has powerful friends that will ask if it’s really worth ruining the career of a good man based on what one women says, what four women say, what 35 women say. Indeed, the system is sitting in this room. Some more than others…“The system is still powerful men getting stories killed that I believe will one day see the light of day.”

Fager was in the audience for the speech. He was on hand to accept the Mirrors’ Special Recognition honor on behalf of 60 Minutes for “50 years of excellence in broadcast journalism.” The program’s collaboration with WaPo on the opioid story won a separate award.