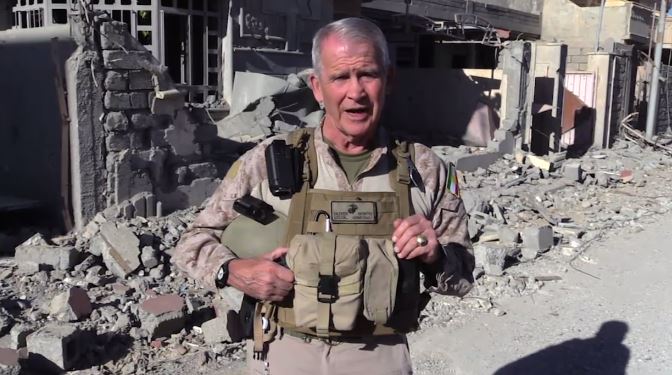 Retired Marine Corps. Lt. Colonel Oliver North will be the next president of the National Rifle Association.

The move to the NRA means North is retiring from Fox News, where he has been a contributor, and host of the program War Stories.

Before Fox News, North was co-host of Equal Time, alongside Paul Begala on MSNBC. He also hosted a national syndicated radio show until 2003.

“I am honored to have been selected by the NRA Board to soon serve as this great organization’s President,” North said. “I appreciate the board initiating a process that affords me a few weeks to set my affairs in order, and I am eager to hit the ground running as the new NRA President.”

“Oliver North is a true hero and warrior for freedom,” said NRA CEO Wayne LaPierre in a statement.

North, 74, spent most of his career in the military, serving in Vietnam, in wartime, and in Japan at the U.S. base in Okinawa. In the 1980s North served on President Reagan’s National Security Council, and, in 1988, found himself embroiled in the Iran-Contra affair.

Kris Brown, co-president of The Brady Campaign to Prevent Gun Violence, named for Pres. Reagan’s press secretary James Brady, who was wounded in a 1981 assassination attempt, called it “downright baffling that they’d choose to install a walking lightning rod at the top of the organization.”