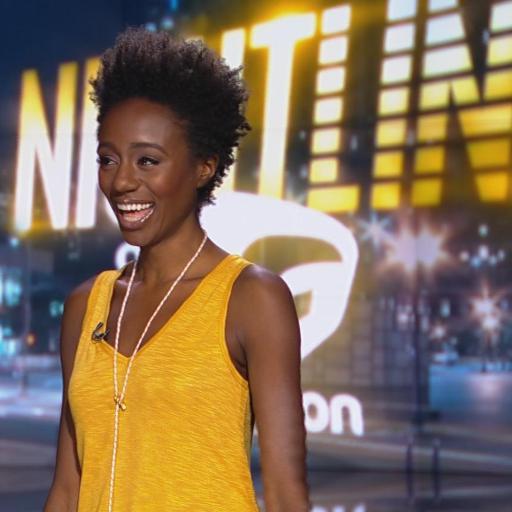 ABC News is adding a new on-air face to its 24/7 breaking news and events streaming service.

Kimberly Brooks has joined ABC News Live as an anchor and reporter, beginning this morning.

The former Fusion TV reporter will host the streaming channel’s daily morning show, The Debrief, and will be anchoring much of ABC News Live breaking news coverage from New York.

Brooks will continue to co-anchor Nightline on Fusion, a weekly extension of Nightline that launched in 2015, with ABC News’ Gio Benitez.

Though Brooks was most recently at Fusion, –an outlet Disney/ABC sold to Univision in 2016– she actually got her start at ABC News and who worked on stories for World News Tonight with Diane Sawyer, GMA and Nightline.

I’m very happy to announce that Kimberly Brooks is joining us as of today as anchor and reporter for ABC News Live, our 24/7 breaking news and live events streaming channel.

You will begin seeing Kimberly this morning, hosting “The Debrief” at 11 a.m. From here on out she will be anchoring much of the channel’s breaking news coverage from New York. She’ll work alongside Senior Washington Reporter Devin Dwyer, who will continue with our top-notch DC bureau and investigative teams to bring viewers “The Briefing Room” and cover major political events from Washington.

Kimberly comes to ABC News after four-and-a-half years at Fusion TV, where she covered stories around the globe — including gold mining in the Dominican Republic, the hurricane aftermath in the U.S. Virgin Islands, the music and culture of Easter Island and the legacy of Oprah Winfrey’s Leadership Academy for Girls in South Africa. Moving forward, Kimberly will continue to co-anchor “Nightline on Fusion,” a weekly extension of “Nightline,” with our very own Gio Benitez.

Kimberly is a versatile journalist with smart, thoughtful instincts. She got her start here at ABC News as a fellow who worked on stories for “World News Tonight with Diane Sawyer,” “Good Morning America” and “Nightline.” She has also done time as a producer at NBC and attended both Northwestern and Columbia. When not reporting, Kimberly travels often and is a vocal advocate for self-care and mental wellness. She will report to Katie den Daas, Managing Editor – ABC News Live.

Since the network launched ABC News Live a mere 10 months ago, we’re already seeing that there is a distinct and hungry demand for straightforward news in the streaming world, from both viewers and platform partners. ABC News Live is currently up and running 24/7 on our website, phone apps, Roku, Hulu, Apple TV and Amazon FireTV. You’ll also find it on Facebook, Apple News, Twitter and Periscope when news breaks and during interesting events.

The best part: The hard work and collaboration required to get ABC News Live off the ground is paying off. There has been triple-digit percentage growth in viewership (+309%) and streaming hours (+235%) since its launch. In sum, people are watching, which means ABC News Live is fulfilling its promise of becoming a crucial place for viewers — especially cord-cutters who don’t watch linear TV — to see the outstanding journalism we do here at ABC News each and every day. None of this would be possible without the good-humored dedication of David Reiter (who serves as head of programming), Katie den Daas, and the rest of the core ABC News Live team — as well as your absolutely incredible contributions from throughout the news division.

Thank you so very much for your tremendous teamwork and support.