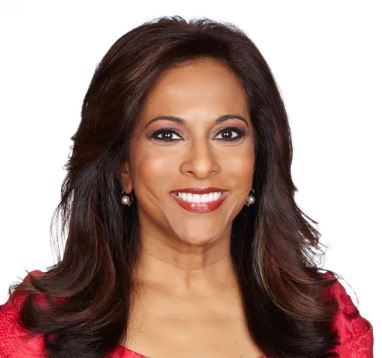 Uma Pemmaraju, an original Fox News anchor, has passed away at the age of 64.

Pemmaraju was one of a handful of anchors who helped launch the network in October 1996. Over her tenure, she anchored news shows such as Fox News Now, Fox On Trends, weekend editions of Fox News Live, and The Fox Report.

Fox News Media CEO Suzanne Scott said in a statement to FoxNews.com, “We are deeply saddened by the death of Uma Pemmaraju, who was one of Fox News Channel’s founding anchors and was on the air the day we launched. Uma was an incredibly talented journalist as well as a warm and lovely person, best known for her kindness to everyone she worked with. We extend our heartfelt condolences to her entire family.”

WBZ-TV news anchor David Wade in a tweet, said that her family told him that she was a “noble soul and pioneer,” as she was one of the first Indian American women to anchor a news show on national television.

A cause of death was not made public as of this time.

Pemmaraju was born in India and was raised in Texas, where she began her journalism career. She started working as a producer and reporter for KENS-TV and the San Antonio Express-News. She then went on to work for KTVT-TV in Dallas, WMAR-TV in Baltimore, and WLVI and WBZ-TV in Boston, after which she jumped to Fox News Channel.

Over the course of her career, she received numerous Emmy awards for her reporting and investigative journalism. She received the Texas AP Award for reporting, The Woman of Achievement Award from the Big Sisters Organization of America, and the Matrix Award from Women in Communications.

In addition to that, she taught journalism courses at Emerson College and Harvard University.

Pemmaraju attended Trinity University in Texas, where she got a degree in political science.

She is survived by her daughter Kirina,.