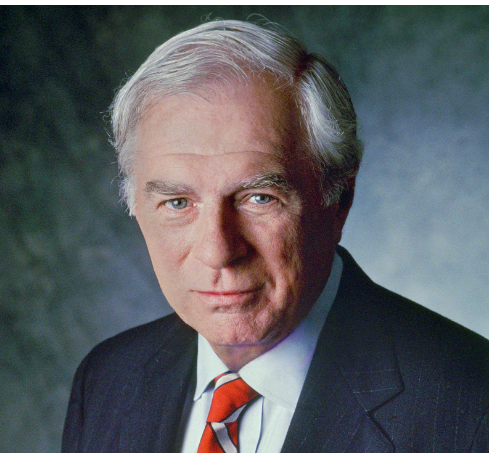 Former CBS News business correspondent Ray Brady died in his sleep Tuesday in his Manhattan apartment after a long illness. He was 94.

Brady covered business, economics and Wall Street for CBS News, both on TV and for CBS News Radio for 28 years.

For 23 of those 28 years, Brady appeared regularly on the CBS Evening News with Dan Rather until his retirement in 2000. He also contributed to CBS Sunday Morning and the various weekday CBS News morning broadcasts over his tenure. Brady also reported for CBS News online for MarketWatch, the financial news website.

Brady was remembered for his dramatic television sign-off on the CBS Evening News: “Ray Brady, CBS News, The Money Crunch.”

“The Money Crunch” was a report informing Americans how to get more for their money. The segment ran for a couple of years in the ’90s and according to the network, made a strong connection with viewers, who wrote piles of letters in response. Brady was also a frequent contributor to Evening News’ Eye on America segment, which highlighted the lives of everyday Americans.

Upon Brady’s retirement, then-CBS News president Andrew Heyward, said: “Ray’s deep knowledge of his field, his powerful sense of integrity, his genuine interest in the people he met along the way, and his unflagging passion for the next story make him a great reporter. He was a pioneer who brought Wall Street home to Main Street with grace, humor, and wisdom. The men and women who cover the markets today stand on his shoulders.”

As the CBS News economics correspondent, Brady covered nearly all the big business stories of the ’70s and ’80s, including the Crash of 1987. Brady foreign stories included the financial impact of the fall of the Berlin Wall, Japan’s “science cities,” and oil and politics in the Middle East.

Brady joined CBS in New York at News Radio 880 in 1972, while he was still Editor at Dun’s Review, a publication of Dun and Bradstreet. He could be heard on features like Today in Business and Your Dollars. He moved over to the CBS local television station WCBS-TV as business editor in 1976.

Philly-born and Jersey-bred, Brady was hired as a correspondent for the CBS Morning News in 1977. He began his career as a police reporter at the Long Branch (NJ) Daily Record.  In 1954, he became an associate editor at Forbes magazine. He took the same title at Barron’s in 1955 before returning to Forbes the next year as assistant managing editor. Brady became the editor of Dun’s Review in 1961, where he continued to work until 1975.