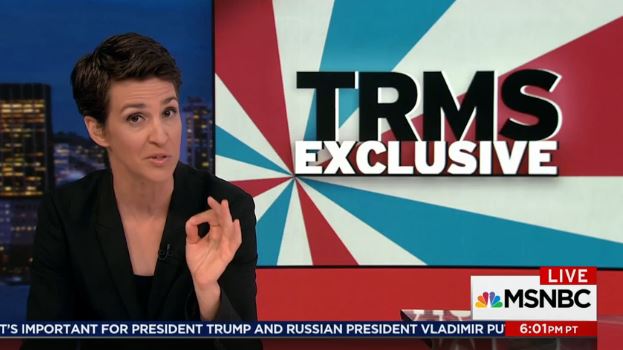 Donald Trump Jr. was very good to MSNBC last week (his father too.)

For the first time in the network’s 21-year history, MSNBC was the most-watched cable network during weekday prime (Monday-Friday 8-11 p.m.) in total viewers. MSNBC averaged 2.34 million viewers, which put it ahead of Fox News, Disney, USA and HGTV. Fox News remained No. 1 in viewers for Total Day viewing.

MSNBC benefited from its coverage of new developments seemingly every day involving the president’s son and his meeting with a Russian lawyer, and others, during the campaign. Rachel Maddow was the No. 1 cable news show of the week, averaging 711,000 demo viewers and 2.94M total viewers. On all of cable, Maddow only trailed WWE on USA.