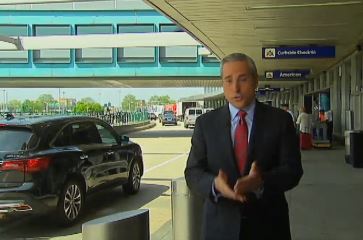 Digital news outlet Yahoo Finance is beefing up its investment in live video and on the staffing front, in preparation to launch a daily live streaming financial news network.

Part of that, of course, is bringing on-air talent. Fox Business Network correspondent Adam Shapiro has departed Fox and will become an anchor at Yahoo Finance (as first reported by Publishers Daily).

Shapiro had been at FBN since launch, starting out as an anchor at the network, before moving to the role of correspondent.

CBS’ Lulu Chiang is also heading to Yahoo Finance as senior ep of live events, and will help scale the Yahoo Finance “All Markets Summit” event franchise. Chiang was named senior producer of special events for CBS News in February 2017, and had previously been a booker at CBS This Morning and CNBC producer.

“He will work with some of our other producers to think about what the programs will look like to make sure they are unique and different in the marketplace,” Joanna Lambert, general manager of finance and tech at Oath, told Publishers Daily.

Chiang and Shapiro and a few other recent hires join Yahoo Finance as it “continues to upgrade our coverage and our programming,” Lambert said.

Politico reported that month that Yahoo Finance had been making a number of high-level staffing additions, including former Fox Business, CNBC and Good Morning America exec Andy Hoffman, who would join Yahoo Finance as senior executive producer. Vanessa Strouse-Kenney, a former CNBC producer who helped launch FBN, would be the senior creative lead. CNBC veteran Han Ting Wang would join as executive content supervisor, and Jennifer Sherwood, who spent 14 years as a booker at NBC News, would be running talent and booking for Yahoo Finance.

This is all coming together month than a year after departure of Katie Couric from Yahoo News following Yahoo’s $4.48 billion sale to Verizon. From that sale, Yahoo merged with AOL to become known as Oath, a division of Verizon now home to more than 50 media and tech brands, including HuffPo, Tech Crunch, and Tumblr.