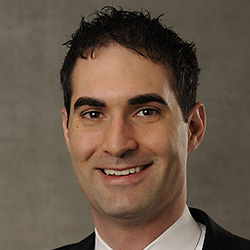 Two months after laying off more than 100 staffers, ESPN has merged some units, shifted others and named a new head of content.

First, Connor Schell has been named ESPN’s evp of content, overseeing TV, digital and print. He’ll continue to report to ESPN president John Skipper. Schell adds responsibility for studio and remote production as well as digital and print content. He had overseen original content, audio, the talent office and ESPN Films, which won the network its first-ever Academy Award this year for O.J.: Made in America.

“Connor has demonstrated keen insight into what resonates with fans, and his instincts allow him to excel at managing the creative process,” said Skipper. “I have tremendous confidence that he and his new team of talented executives will help us create dynamic content that will break through in a changing environment.”

John Kosner, a 20-year ESPN veteran, and evp of digital and print media, will be leaving the company. “Our tremendous scale in digital media and the smart evolution of our digital products is directly attributable to John’s passion, business savvy and relentless focus on innovation,” said Skipper. “I am grateful for his many contributions.”

ESPN is also merging strategy and business development under Justin Connolly. Marie Donoghue, evp of global business and content strategy, will be leaving. She’ll remain through the end of the year in an advisory role.

“During the 17 years I have worked with Marie, she has proven to be creative and forward thinking, with unique insight across evolving and traditional media,” said Skipper. “She is a dedicated, talented, seasoned executive and I look forward to her counsel.”