NEXT:30 Most Impactful TV Newsers of the Past 15 Years: David Westin
PREVIOUS:David Muir Interviews a True Patriot in Afghanistan 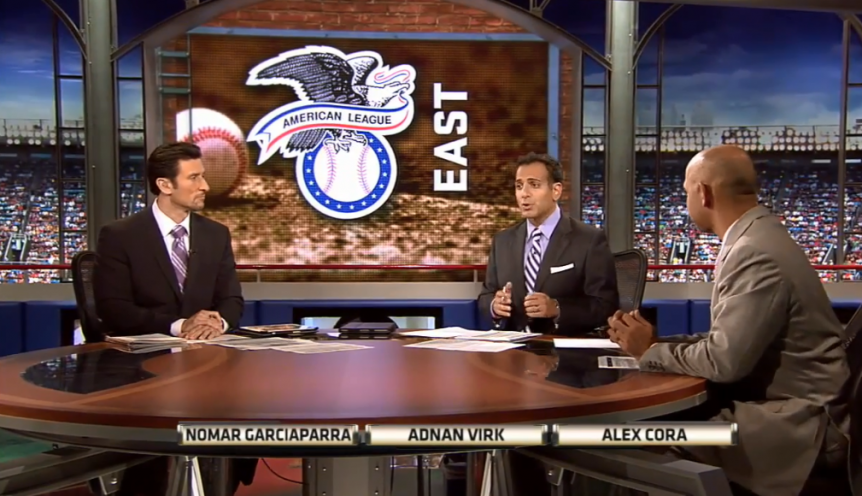 Update: 2:10 p.m. ET: It’s been reported by multiple outlets that Virk is pursuing legal action against his now ex-employer. He presently is not receiving a severance from ESPN after recently signing a four-year contract worth seven figures. According to Marchand, Virk is being let go after the powers that be concluded he was the source for story in Awful Announcing about how MLB reportedly opted to let ESPN slide on contractual obligations that called for it to have a certain amount of studio shows during the season in return for moving Sunday Night Baseball from 8 p.m. to 7 p.m.

11:10 a.m. ET: ESPN anchor Adnan Virk is no longer employed by the Worldwide Leader in Sports.

New York Post’s Andrew Marchand broke news on Super Bowl Sunday that Virk had been fired the previous Friday, following an investigation that he had leaked confidential company info to media on multiple occasions.

As one might expect, that’s a violation of company policy. Virk reportedly was not fully cooperative in the investigation, according to the Post. He was escorted off of the network’s Bristol, Conn., campus on Friday.

Virk had become a lead studio host on ESPN’s college football coverage, a studio host on Baseball Tonight, and ocasionally appeared as an anchor on the network’s flagship news program, SportsCenter.

The versatile Virk, who joined ESPN in 2010, could also be seen occasionally as a studio host on the network’s college basketball coverage, and often filled in as a host on ESPN Radio.

Virk grew up in Canada and attended college there after he and his family emigrated from Pakistan.