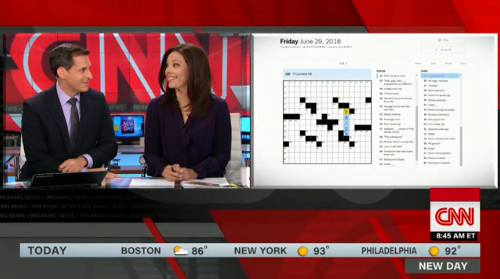 CNN’s John Berman did some media reporting this morning on New Day, and the big story involved the woman sitting to his left: Erica Hill.

Filling in for Alisyn Camerota this week, Hill made an appearance in the famed New York Times Crossword this morning as Clue No.32-Down: “TV journalist Hill.” (“ERICA”) 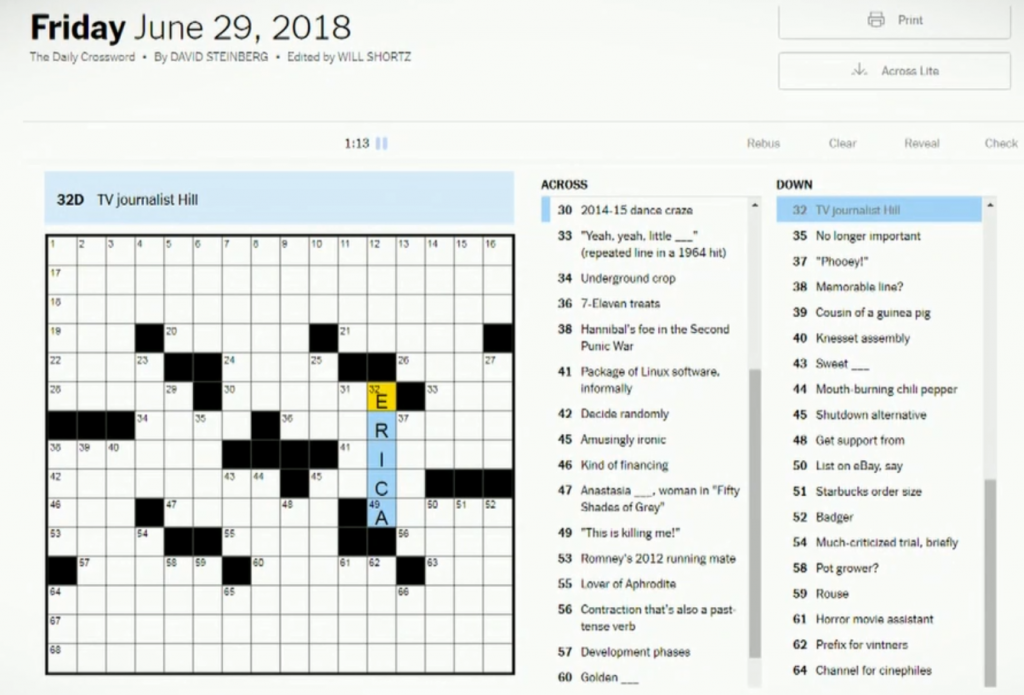 “It’s pretty fantastic,” said Hill. “My grandmother used to do it [the Crossword] everyday, my grandmother Ruth, who I’m named after.”

Ironically, New York Times White House correspondent Maggie Haberman was at the table when Berman announced the big news, but claimed she had nothing to do with getting Hill into the paper this morning.

This is not Hill’s first appearance in the NYT Crossword. When Hill was at CBS, she was Clue No.7-Down on February 8, 2012: “Co-anchor Hill of “The Early Show” (ERICA)