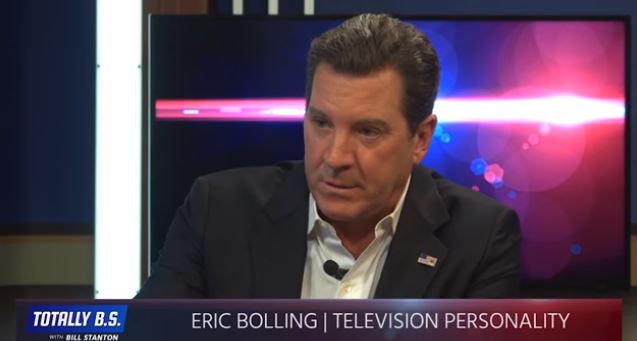 Eric Chase Bolling, 19, died Sept. 8 after an accidental opioid overdose. “He bought Xanax from someone. It was a street Xanax. Turns out it was laced with Fentanyl,” Bolling told Bill Stanton for his show on the streaming network Law & Crime. Bolling said he and his wife saw no signs of Eric Chase’s drug use.

“I knew he was going to the University of Colorado. Marijuana is legal in Colorado, not at his age, but it’s still legal and very accessible. When he was in high school, he drank and sometimes you’d smell some weed in the basement. We had a thousand talks about the dangers of hard drugs. A thousand talks. And he’d always say, ‘Dad, I got this. Dad, I got this.’ The last two weeks, his behavior changed pretty dramatically.”

Bolling got a call at 10 p.m. Friday night, Sept. 8, just a few hours after he learned he wouldn’t be returning to Fox News following a suspension a month earlier over a sexual harassment complaint.

“He had a phenomenal freshman year at Colorado,” Bolling said of his son. “His grades were fantastic. He came home, he hung out with his old friends, there was nothing that would have said he’s going down the wrong path. I don’t if it was the first time, I don’t know if it was the 10th time. I have no way of knowing. He’s gone. His friends don’t obviously want to talk because they just don’t want to be involved in any of this.”